When you’re at the school, the thing that the teachers hate the most is their students coming late to the class. The latecomers would be the targets for chalks, dusters, books, marker caps, pen holders (ouch!), or simply ‘words of wisdom’ from their teachers. That scenario, thankfully, never happen in kdrama land, where everyone is allowed to enjoy it as they like without being pressured. It’s never too late for someone to enjoy what other have enjoyed and moved on. So that’s being me, in the case of Heartstrings a.k.a You’ve Fallen for Me. Months after it ended, the feeling has finally kicked in, and I decide to watch it. And it’s a ride with completely different feelings compared to the first time I watched it. 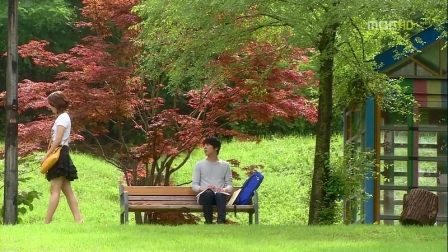 Perhaps, I was too busy with my classes back then, and I was not very prepared, so I started watching even while thinking , ”A drama about university students? Wow, I can’t even solve my own problems, how could I watch a drama about students dwelling in their problems?” And I dropped it, in the middle of episode 1. Months passed by, and my much anticipated holiday came. I played around, still reluctant to start it again.  Then one day, I just had the feel that I should watch it now, and I did. I neither stop nor have the intention to drop it anymore. 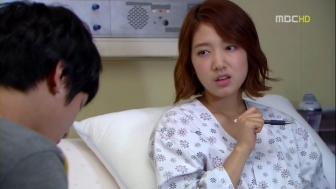 For me, the percentage of how enjoyable a drama I choose to watch depends on the things that I’m looking for in each and every single of it. That means, if you don’t find what you’re expecting or anticipating in this drama, you’d find it not as enjoyable as other felt. So, my question is…

What do you expect to find in this drama?

But first, let’s get to know the basics of the story: the characters and the story itself.

Heartstrings, or its Korean title You’ve Fallen for Me, is a drama about the life of college students and how they overcome everyday challenges coming from every angle: friends, family, environment, and within themselves. That’s a very simplified synopsis of the story. And the main characters are: 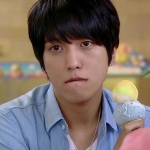 Lee Shin (Jung Yong-Hwa), an Applied Music Major student. Lead guitar and lead singer for the campus idol band ‘The Stupid’. Quite famous around the campus and receives endless love confessions from his colleagues but being a cold-blooded prince he is, he doesn’t give a damn about them (please excuse my language, dear!). Deeply in love with his guitar and harbouring a one-sided crush towards one of the lecturers (turns out he likes older women…probably). Despite his attitude towards others, he’s fond of his family and always trying his best to accommodate his mother and his little sister. 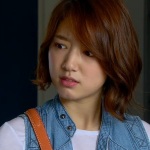 Lee Kyu-Won (Park Shin-Hye). Currently studying in the same college as Shin, but she’s in the Traditional Music Major. Being an only granddaughter to the famous pansori player, she’s being trained to play gayageum since she was young. A member of the traditional music group ‘Wind Flower’. Completely opposite of Shin, she’s everything you could expect from a typical girl-next-door: kind, cheerful, and friendly. Pretty composed at most of the time, but Kyu-Won can have her own temper flaring at the person who bugs her at the wrong time. She shares a close relation with her father, who’s not staying with her and her grandfather. Experiences her first love with the narcissistic prince Shin. 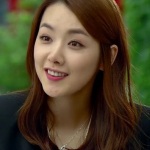 The next contender in the growing love triangle: Jung Yoon-Su (So Yi-Hyun), a dance lecturer at the college where Shin and Kyu-Won attend. She was an aspiring ballerina but due to an injury, she had to quit and spends her free time trying to twist her already injured leg crying over her shattered dreams. She happens to be the subject of Shin’s crush. She isn’t interested in Shin which she regards as just one of his students while she has her own love history. A very beautiful woman and being the center of attention of students everywhere she goes.

Rounding off the love circle (or did I say love triangle? Forget it now) is the director Kim Sook-Hyun (Song Chang-Ui). Returning to Korea as the successful Broadway director, he becomes the director of performance of Yoon-Su’s college for its centennial performance. Turns out he’s Yoon-Su’s old flame, but she left him to pursue her career, which ended unexpectedly. He’s strict when it comes to anything related to work but outside, he’s a warm and friendly man. When he means business, no one can come against him. Always persistent with his decision, he’s a man with little compromise with other, but at the same time still approachable. A great mentor to the students and the performers under his guidance and supervision. He pays extra attention to Kyu-Won after witnessing her hidden talent in singing and her ability to express herself easily. 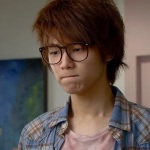 Back to my question: if these elements are what you expect to find in this drama, then Heartstrings might be on your favorite list kdramas of all time. 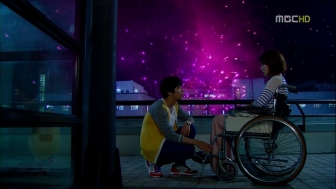 As I am the only one in my family who’s addicted to kdramas (thankfully), I watch it alone, so I can laugh, scream, cry, or do anything that I like. Kyu-Won’s fallen face when she saw Shin being hugged by Yoon-Su made me cry. Shin’s smile when he teased Kyu-Won made me grin like a lunatic. And every time Yoon-Su hit Sook-Hyun playfully, I went giddy. Love is indeed a powerful tool to make you go gaga every time it is shown in this drama.

Apart from romantic love, the family love is so obvious, and it’s hard not to be captivated by it. Kyu-Won’s love-hate relationship with his grandpa sent me reminiscing about my late grandpas. Shin’s love for his family members are overflowing and even made me overflowing with jealousy. The family relationship that I cherished the most is the love between a father and his child. Look how close Kyu-Won with her father, and another one that shouldn’t be forgotten: Shin’s love for his estranged father. The love a father and his son shared, though no one between them brought up anything about their real relationship except a teacher and his student. Their yearning for each other is expressed through their guitars and the world of music, which is the next major element in Heartstrings.

Music: if you’re an avid fan of music and anything related to it like dance or acting, then you might be interested, although even a singer like Shin doesn’t know the difference between Natasha and Narsha. Haaa. There goes all his pride 😀 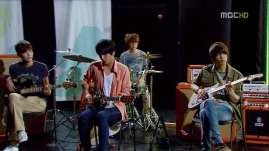 Jokes aside, Shin is, after all, a real CN Blue lead vocal. So it’s almost predictable he’d make a great musician in this drama, proven by this first performance of Shin at the Catharsis (I love the name of the place where they have their shows at!).

So, they have the cutie pie Yonghwa who can sing and play guitar, sweetie Shin-Hye who can also sing and dance, and adorable Minhyuk who can play the drums. Plus, there’s a musical in progress and you can expect a wonderful performance by the actors and actresses! Not to mention, the gorgeous soundtracks of this drama. Not that it’s so mind blowing , but it suits the tone of the drama itself: fresh and subtle. In no time, you’ll find yourself humming to the songs. Apart from the modern music, I enjoy the classical music and the musical instruments shown in it. If you’re a fan of Korean traditional music, you should give it a try, though there isn’t much, but it’s still entertaining.

Settings: This one needs no words. See it for yourself. 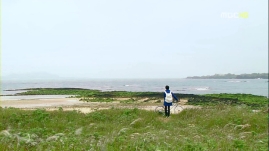 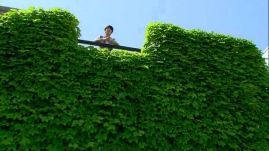 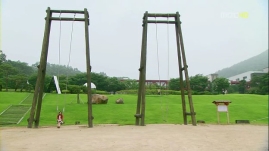 The thing that this drama loves is definitely showing off the surroundings. Thanks to the team, we have so many pretty places to be looked at. Instead of focusing on the characters’ faces all the time, the directors play it smart by showcasing the beautiful, lush greenery around it. It’s something that deserves a mention here, part of it because I like green. Even if you don’t like the above things I  mentioned earlier, watching it solely for the  pretty scenes is worth it.

Friendship: Well, this is a campus drama after all, so you should expect the friendship a must-be-included theme. It surely doesn’t show those “you jump, I jump!” type of friends because after all, this is no total makjang or a drama about war. It shows how simple a friendship can be, and friends are the people who care about you after you family. Without friends, one’s life at the college can be lonely, just like what Hee-Joo experiences. True friends laugh with you, true friends cry with you…and they sometimes can be bugging you. After all, that’s what friends are for, as what shown in Heartstrings. 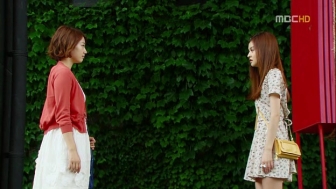 This drama might be slow at first, but once it picks up the pace, it’s quite entertaining and it would be a nice companion for a light drama watching activity. I can guarantee you won’t be screaming like a mad woman when watching it (unless you’re extremely emotional) and you’ll find yourself reminiscing about your college days, friends, and your unrequited love (if any). I’d give this cute drama 4 out of 5 stars.

Even if you still doesn’t find any good reason to watch Heartstrings, just watch it, like what my friend did. The reason? 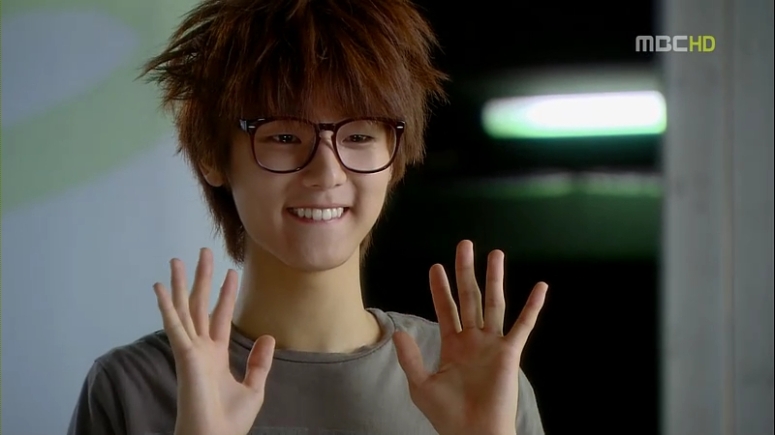 Joon-Hee (Kang Min-Hyuk  of CN Blue). His cuteness is adorable and he’s a scene stealer. Yep, my friend watched this just because of him. Mind you, she isn’t even CN Blue’s fan. Just because he’s adorable.

9 thoughts on “Heartstrings: a Latecomer’s Review”