Phew! Managed to sneak in between the test, class, and the upcoming presentation to write this post. It’s a waste not to share these new updates despite the busy schedule I have today 🙂

Nice Guy – This week, the stills are pouring out like crazy! The official releases are made through the news and KBS’s twitter account and other unofficial shots of the cast, like Joong-Ki’s still above, are from one of the staff’s blog.

New stills of Seo Eun-Gi are released earlier today. Moon Chae-Won is so pretty and it’s an understatement since she’s always been pretty from the start 🙂 I bet she’s going to carry out her role perfectly this time, just like what she did in The Princess’ Man. (source)

KBS Drama’s Twitter has been posting the characters’ brief description and their first official since yesterday. At least we get to see the first glimpse of the cast getting into their roles..(source) 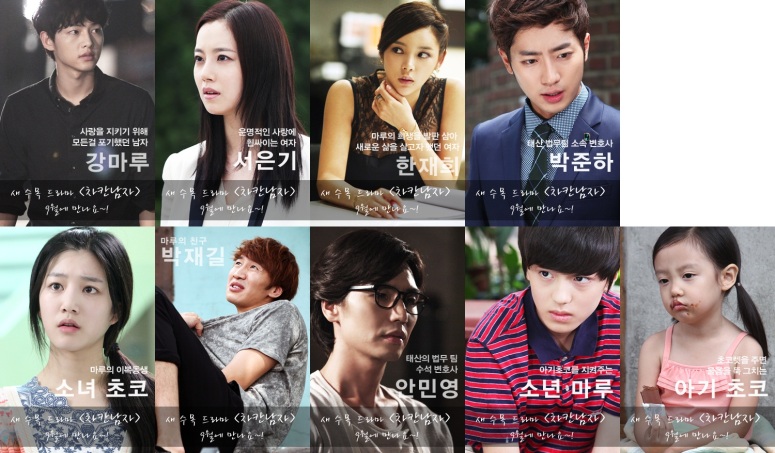 Five Fingers – I heard that the premiere date has been moved to August 18th but no official date has been announced. Here’s the second teaser, and I’m sold. I am going to watch this drama ,come hell or high water. Bring it on!

Arang: the Magistrate’s Chronicle – Some articles featured in the news today…

Jun-Ki playing with his umbrella? He’s actually practicing with his action skills between takes! It’s just another proof on how passionate he is with his job. He never showed any signs of sleepiness although the shooting would take place all night. (source)

First glimpse of  the Jade Emperor Yoo Seung-Ho in his secret garden with the King of the Underworld and the Ghost Hunter Moo-Young. Haha! A meeting between the immortals? It actually takes place at the supposedly paradise in the drama. The article mainly restated about the Jade Emperor: his four favorite things – young women, peach, art, and betting; also stating how the ageless emperor is ‘damn sexy’. Haha!  (source)

With August here (at last!), the premiere dates are just around the corner and more news, stills, and teasers will come out in the near future. Guess I’ll just make posts like this if there are so many updates coming out at once. It’s sad because I will be able to watch these dramas only in early September, since I’ll be out of town in two weeks! *wailing* August isn’t just a hectic month with the new dramas, but also a hectic month for a student like me -.-