I am still struggling to catch up with the handful of currently airing dramas I am watching right now and I never thought that being away for only eight days could result in this mess: lots of episodes to be watched and lots of drafts waiting to be published. Time doesn’t wait for me and so are the new dramas ready to take over the current dramas which will soon come to an end. As much as I love the dramas (I hate to be separated from the characters! sobs), it’s something inevitable and I can only welcome the new shows with open arms while bidding goodbye to the soon-to-be-ending dramas.

This week marks the premiere of Records of a Night Watchman on MBC, taking over the slot left empty by its predecessor Triangle. I was excited for the drama ever since Jung Il-woo was cast in it as it has been a while since the last time I watched his dramas. I was a bit wary since the fusion sageuk was touted to be of fantasy genre and I didn’t watch Gu Family Book, which I thought is the closest thing to Watchman, so I really hoped that the premiere could lure me in. I picked up the first episode…and I’m happy to report that I can digest the story well so far.

Watchman reminds me of the fantasy wuxia with numerous CGI effects and while this one only play with the special effects when it comes to the ghosts, there are plenty of scenes utilizing the effects and they’re quite decent, considering that kdramas don’t really include that much special effects in them. The pilot episodes only showed ghosts in the form of black smokes and an imugi (a gigantic serpent who was thought to be able to turn into a dragon), so nothing scary for the scaredy cat me yet. But I’m prepared for the ghosts in the future episodes, because what’s the point of having a Joseon Ghostbusters team without the scary ghosts? Bring it on and I’ll get ready with a big pillow for protective measure. 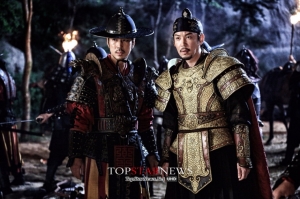 The characters are easy to root for and my heart goes to the young Lee Rin. He’s so adorable and it’s clear how much he looks up to his father the king (Haejong – Choi Won-young) and how much his father cherishes him. Hence, it’s saddening to see the king turning into a blood lust man after being possessed by a ghost sent by a sorcerer, Sadam (Kim Sung-oh). Ahhh…it’s hard to watch the hot ahjusshi king going crazy but luckily, he got a hot watchman ahjusshi (Jo Sang-heon – Yoon Tae-young), who is brave enough to help him fight the despicable ghost inside him. I’ll miss their partnership and it probably won’t be easy to see these two men working together again…

Little Prince Gisan seems to be a pitiful prince who is jealous of the legitimate Rin but he shows his violent tendency in such an early age. Add an envious prince with a king full of insecurity and we get a deadly combo. Whoops, they gotta deal with the baddies and the ghosts as soon as possible! If you’re still finding more reasons to watch this show, maybe you can try it for the familiar faces in sageuk like Seo Yi-sook and Lee Jae-yong. I am glad to see Lee Jae-yong in Watchman and his character Minister Park seems to be in a close relationship with his daughter, Park Soo-ryun. 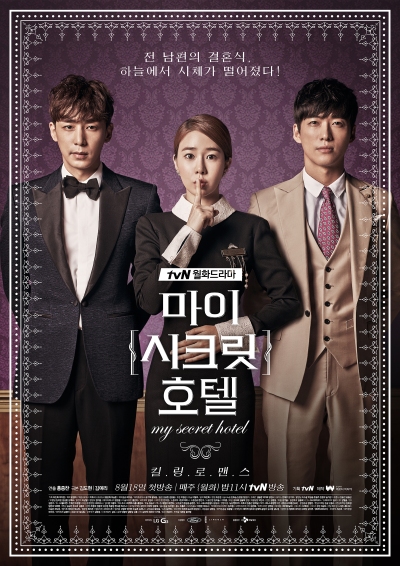 I can’t believe that High School King of Savvy will come to an end next week (Nooooooo~!) and the only thing that consoles me is that its successor has my favourites in it. My Secret Hotel, a ‘killing romance’ starring Yoo In-na, Jin Yi-han, Namgoong Min and Lee Young-eun is the next drama on tvn’s Mon-Tue lineup. The premise of a murder which happens during a wedding might provide a fun twist of mystery. Gu Hae-young (Jin Yi-han) is a successful architect and he’s getting married, but the wedding manager at the hotel where the wedding will be held turns out to be his ex-wife, Nam Sang-hyo (Yoo In-na). If you have seen the drama special Another Wedding on KBS, then the plot might sound familiar to you, plus Jin Yi-han also acted in that drama.

Namgoong Min plays a manager, Jo Sung-kyum at The Secret Hotel where Sang-hyo is working at and he will be competing for her love with the arrogant Hae-young while Lee Young-eun stars as Yeo Eun-joo, a colleague of Sang-hyo who is her rival in both love and career. The teaser is short but wacky and I spot Ma Dong-seok in it! My Secret Hotel premieres on 18 August.

It feels like forever but the wait is over for Three Musketeers. I’m not just impatient..I’m excited for it!

I have no words to describe it, just..watch this teaser. Three Musketeers begins on 17 August, filling in the new Sunday slot on tvn.

Am I done? Not yet, because I have to spazz about Secret Door, which is not due until September. The cast is amazing: from Han Suk-kyu, who was amazing in Tree with Deep Roots to Lee Je-hoon, who recently finished his military service and went straight into filming the drama set to air on SBS. I’ve seen and liked their combo in the movie My Pavarotti and this reunion is something worth looking forward to, because unlike the heartwarming teacher and student bond their shared in the movie, they become a father and son pairing in this drama, whose relationship turns sour and ends up with a sad closure, according to the history. Go on, make me cry and I’ll love you, show.

That’s not the only reunion in the drama: Lee Je-hoon will be reunited with his co-star in the movie Bleak Night, Seo Joon-young, who will be his character’s best friend. I find it amusing that they will be best buddies for the second time and hopefully their friendship stays until the end. It’s also worth noting that Seo Joon-young was Han Suk-kyu’s son in Tree and here they are again, acting together in a sageuk! Kim Yoo-jung is also confirmed to play an important role in Secret Door and this will be the third time for her to act with Seo Joon-young (they worked together in Gumiho: Tale of the Fox Child and Drama Special The Crying Woman). 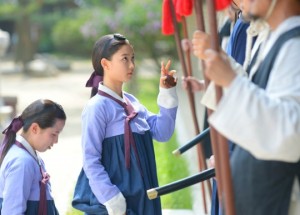 Rounding up the cast are Kim Min-jong, the adorable Yoon in A Gentleman’s Dignity, Park Eun-bin, who acted alongside Yoo Seung-ho in Operation Proposal, and Park Hyo-joo, recently seen in Triangle. They all have decent sageuk on their profiles so if done right, Secret Door can be another great historical drama in the making. Fighting everyone!

These are the shows that I’m keeping my eye on aside those airing right now, but life is full of surprises and I might be watching other shows which I didn’t plan to right now. What’s your pick for the next drama lineup?

5 thoughts on “Approaching and Arriving Dramas”