This is just a random idea coming out of nowhere and I can’t seem to chase them out of my mind, so I have to write it down since it sounds good. Haha. Watching Rooftop Prince makes me think that they are like a big family altogether. Almost unconsciously, my mind starts to assign the characters into their roles in the family. Purely fictional, but still loosely related to the drama characters.

So…what if this is a family drama? What will be the characters’ roles? 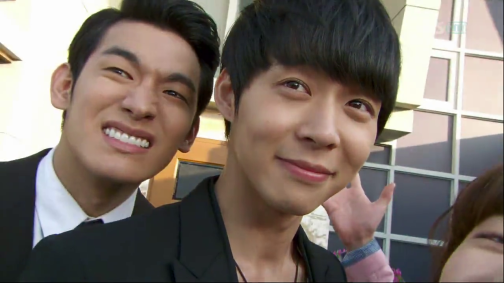 Fitting his role as a father, he’s bossy and loves to order other family members around, while he himself refuses to do anything. 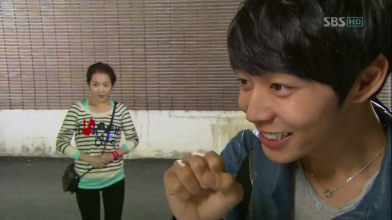 Beneath that cold exterior, he’s actually a sweet gentleman with a little mischievous side to his upright character.

When the time calls for it, he can be hot-tempered.

A genius who knows everything but confused over his own heart (inner conflict?).

Shows some affection towards his current wife but he’s busy planning to get married for the second time. 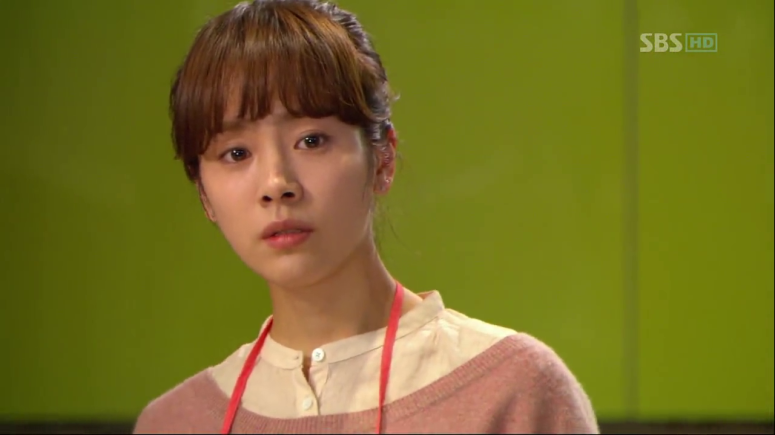 Landing herself as a wife to a lazy bum, she’s the only breadwinner of the family but soon the sons begin to help her. She manages the family well and can do almost everything.

A pretty mother and a caring housewife, she has a love-hate relationship with her husband.

Her temper is comparable with the husband, hence fights will occur when there are conflicting matters. 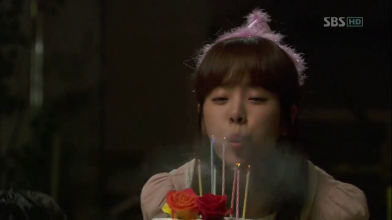 The sons sometimes hate her because of her scolding but still loves her.

The eldest among the three sons, He’s awkward and stiff with everyone at first. Rarely smiles and seems to be silent but he’s a brave guy. 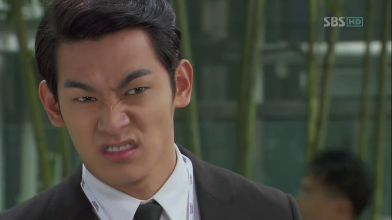 Tries his best to protect everyone from any harm, hence he’s like the bodyguard of the family.

He doesn’t like the mother at first but soon feels obliged to protect her from the father who loves to bully her.

Another point to note about him: he has bad timing. 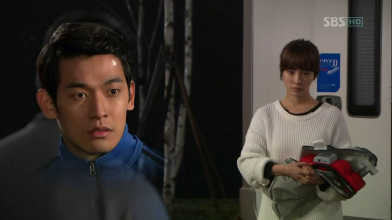 His skill to read the atmosphere is so terrible and he always ends up humiliating himself. He’s the adorable mama boy, adoring the mother right from the start.

He’s friendly and the closest son with the mother. 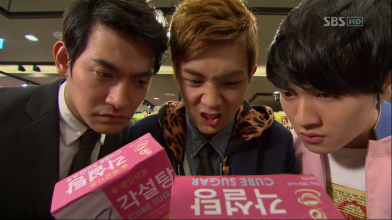 Acts like the youngest but he’s actually the second eldest.

Among the three sons, he’s the one with the most unique style.

The bright last son. Acts more matured than his actual age since he’s the genius among the children.

Together with the middle son, they form an adorable duo, teasing and making fun of their father and brother.

Quite close with the father and always helps him.

The three of them are so protective of their parents.

Together, the three of them are The Clapping Brothers.

The girls next door – Becky and Mimi

The sons’ playmates. On the good terms with the mother but resents the father a bit, but still accepts him. Mimi has a crush on the youngest son of the family.

A cunning woman but cherishes by the father. Jealous of the mother. Adored by the sons. Actually approaching and marrying the father because of the his money.

He’s actually the second mother’s lover. Hates the father and currently trying to covet his wealth. Knows the first mother.

Hah, what a random idea! Putting it here just for me to come back and laugh at myself for having this absurd idea. Haha! Any script writer who wants to make this into a drama? 😀

10 thoughts on “The Rooftop Family”