A long official title for the comeback drama of Song Joong-Ki, also known as Nice Guy or Innocent Man. Finally…seeing him in a drama is like a dream come true for me. But this one isn’t full of fluff or cuteness like a rom-com drama; Nice Guy is a pure melodrama, centered around a man who’s out for a revenge after his life was destroyed by his ex-girlfriend. Some might have doubts whether Joong-Ki can pull off a cold, evil role like this…but if you’ve seen him in Tree with Deep Roots, you’ll know it’s possible for him to get into the character as a cold playboy Kang Maru.

Cold. There’s no trace of the warm Joong-Ki in Maru’s eyes. Not even a glint. I’m still wondering whether I can stand this or not, seeing  him becoming a guy who’s betrayed by his noona ex-girlfriend and in return, planning a revenge towards her by using an amnesiac girl in the process. Oh, his character Kang Maru is also a playboy, so a scene like this is inevitable: 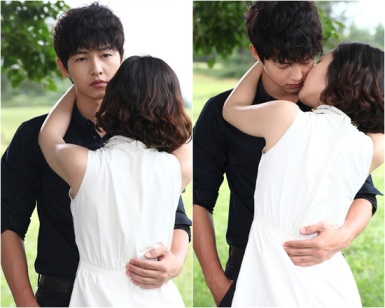 So…who in the world made Maru to be like this?? 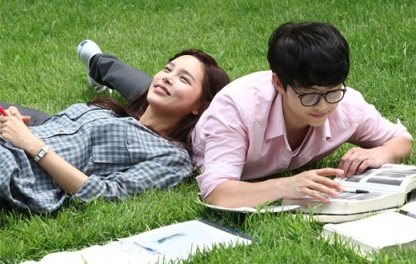 Han Jaehee (Park Si-Yeon) was his girlfriend during his year as a medical student, and she’s a few years older than him.

Maru was a cute, innocent man before and being in love with his Jaehee noona was one of the best thing ever happened to both of them. They come from a broken, not-so-well family that they find companion and solace in each other’s embrace. Things take the worst turn when one day, Maru receives a call from Jaehee that will change his life forever. 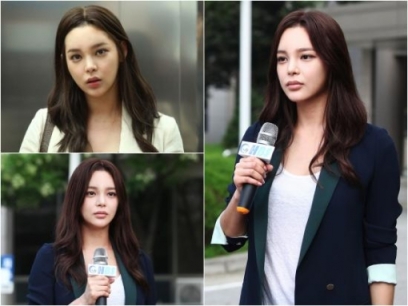 Jaehee is an ordinary woman at first; however, she’s lucky to meet someone who gives her a new hope and light to her dark life. She sheds away her old self in order to live her new life as Chairman Seo’s wife and also a mother to two children in the family. 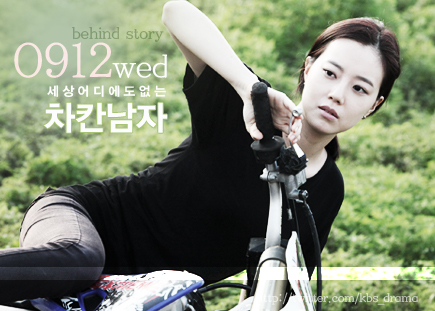 Seo Eunki (Moon Chae-Won) is the first daughter of Chairman Seo, and with Jaehee getting married to her father, she doesn’t have any choice but to call that woman ‘mother’. As she’s initially the sole heir to the company, she’s trained and groomed to fit her role since her young age. 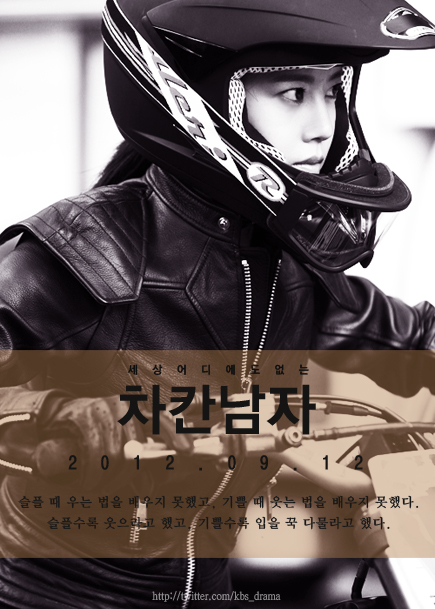 Hence, Eunki grows up to be one tough woman….

…and since she’s basically the female version of chaebol in kdramas, Eunki might be as prissy as them.

As expected, the stepmother-stepdaughter relationship isn’t that good. They might have cold wars and staring competition from the start, plus with Jaehee bearing a son for the family..she won’t stay still and probably will try to take over the company for herself and her son. Hum. Will Eunki allow that to happen?

Somehow, Eunki will be involved with something, went missing, and return home as an amnesiac girl. 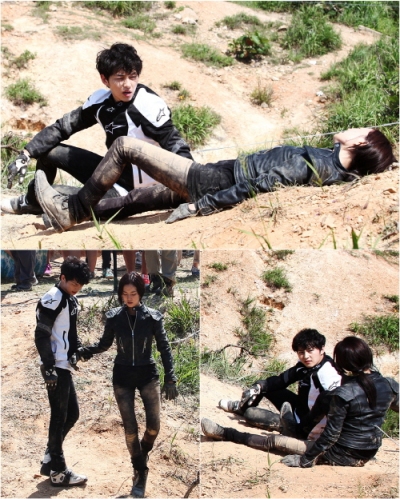 Her first encounter with Maru might not become the best in the world, since both of them look like…enemies to each other. Maybe it’s just the competitive atmosphere. Hummm..but this is clearly before Eunki gets her amnesia, because she still has that hard stare in her eyes.

These two are so cute! Hehehe~

Back to the story…so Maru doesn’t know who Eunki is at first, and he’s still searching for his Jaehee noona, all for his revenge. He works as a gigolo (…okay..) and after some time, he’ll get to know about Eunk’s family and Jaehee. Eunki’s situation comes in handy to him, so Maru decides to use her against her stepmother, who was also his lover and the one who ruined his whole life…

No matter how cold Maru is and how he’s walking around, saying that he’s not the same Maru anymore, I do think he keeps that little warm side of him for his only sister, Choco (Lee Yu-Bi). Although she’s only his stepsister, Maru takes good care of the girl, who’s given the name because she smiles when she’s given chocolate to eat. She might be the motivation for him to be a doctor initially because of her sickness. 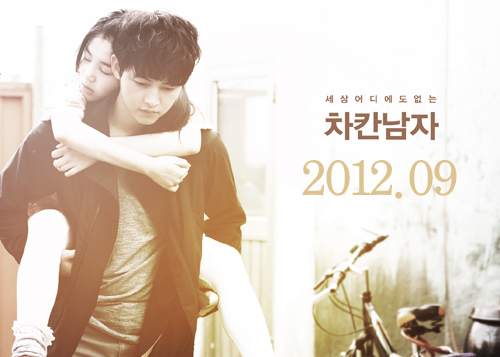 It’s good to be able to see the ‘real’ nice guy inside Maru once in a while, since he will be pretty heartless when it comes to his revenge. I don’t know whether he will come to love Eunki, but I’m hoping to see that! I really want him to fall for her!

Here’s the relationship chart of the main characters:

Eunki: Do you want to know more about me?

or Eunki: I’ve become curious about you.

Jaehee: I have a destination to reach and I’ll do anything to get there.

Maru: Do you know what I did to save you? I’m not going to kill you without some satisfaction first.

Jaehee: Is this what I turned you into? A heartless, cold, frightening man?

Maru: Wasn’t it enough that you crushed my life without mercy?

Maru: Why would I let you die with no satisfaction, when I did so much to save you?

Jae-Hee: I won’t forgive anyone who stands in my way.

Maru: You didn’t have to go this far, because I was going to forget you, noona, completely!

Maru: Let’s stop this. I’m not the old Maru either…

This might not be everyone’s cup of coffee…but I’m hooked. The main reason is of course Joong-Ki, but Moon Chae-Won and Park Si-Yeon aren’t newbie in this industry. So I’m really looking forward to the drama that will take over Bridal Mask. It will air in two weeks’ time, on September 12th. Mark your calendar and put it in your planner! 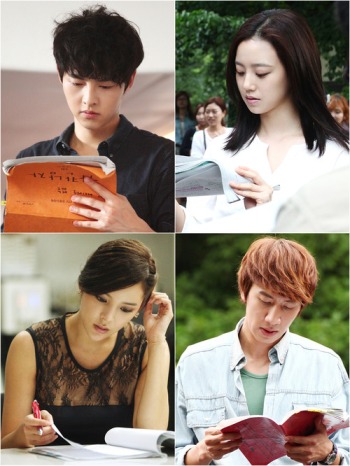 The cast and the production team are working hard to bring us an excellent drama…wishing all the best for them! 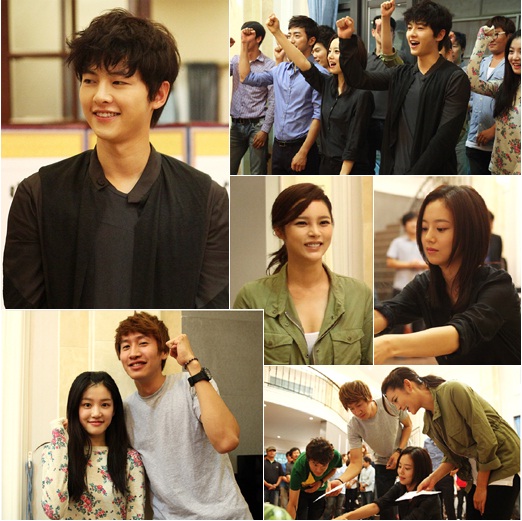 Also….good luck to us who’s going to watch this drama…I expect lots of angst and tears coming up!

7 thoughts on “The Good Man Never Seen Before…”