It’s hard to believe that Jang Ok Jung, Live in Love has ended. To be honest, I was contemplating on whether to continue the journey with the conflicts that started to rear their ugly heads when Ok-jung decided to pursue her love, but I hesitated. I loved the first 9 episodes too much to let it go just like that and I decided to follow the drama as an outsider. I read the recaps and the forums, witnessing how people were reacting to the episodes with each week passed by in the blink of an eye and getting the gist of the story from my friend, who is also a loyal fan of the drama. I thought I would be able to bid goodbye to the drama coolly, but I found myself sobbing like a baby after I finished watching the last episode live. I think Jang Ok Jung, Live in Love is like an unrequited first love to me: you thought you can forget it, but there’s a part of you that will be attached to it.

Jang Ok Jung started off with a promising plot, attempting to reinterpret the life of the Joseon’s femme fatale Jang Heebin, or her real name Jang Ok-jung. I was okay with the idea, not foreseeing that it would be a bumpy ride with so many things happened in between the sweet beginning and the sorrowful ending. Since it’s based on the real life figures, the drama faced many obstacles in the form of comments and the most visible one, the ratings. Again, I was okay with the ratings even with the dismal numbers, but I guess the broadcasting station was not that thrilled with the outcome. Hence, the drama faced its first change in the plot, that was the appearance of the characters. 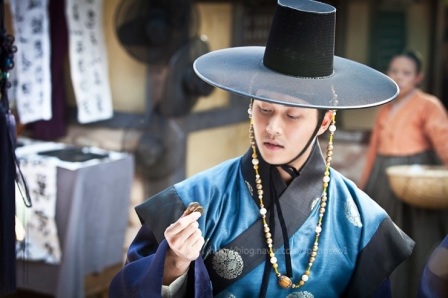 The spotlight of the drama was planned from the initial to be the love story of Lee Soon (later Sukjong) and Ok-jung (later Jang Heebin), but the team probably didn’t expect that the OTP (one true pairing) would be stealing the hearts of the viewers and the drama decided to focus on the romance. I love Yoo Ah-in and Kim Tae-hee and I won’t mind to see more of them on my screen, but the production team felt it was better to keep focusing on the two love birds and the second lead that was the cutie pie Prince Dongpyung (Lee Sang-yeob), instead of bringing the original second lead, Hyun Chi-soo (Jae Hee). In the childhood part, there was a hint of Chi-soo carrying the torch for Ok-jung since they were little and the original description of this character included the strong objection that he had against Lee Soon and Ok-jung’s relationship. However, with the love story taking the lead in capturing the viewers’ attention, Chi-soo was not really necessary to add more conflict and problem to the story and he’s pushed backward to only appear when the conflict was at its peak.

The main target for the production team was to see the rise in ratings but they still failed to do so, even with the romance being the main focus in the first eight episodes. Then, they slowly changed the kind Ok-jung, the designer,  into a cold and determined Jang Heebin, the king’s royal concubine. And looking through the changes, I realized something. 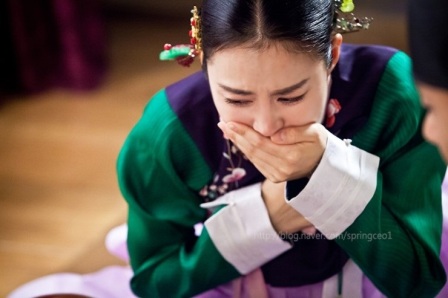 Ok-jung is like the writer of this drama, who is still green in the world drama production. Ok-jung’s situation is not that different since she’s the newest girl in the palace, trying to be a loving companion to Lee Soon. However, both of them are constantly being reminded by the people around them about the consequences of their action. The writer is probably being urged to change the script, different from what she intended to show the viewers, simply because the team wants to see the drama to soar in the ratings. Ok-jung is the same: people around her keep reminding her about her low status and the need to secure and fight for her position. Being constantly intimidated by those people, both of them start to change: the writer changing the plot here and there to satisfy the team, and Ok-jung changing her personality because of her insecurities. 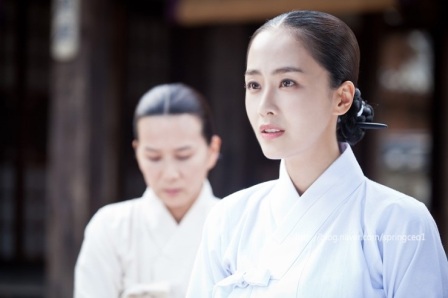 Because of that, I don’t really blame the writer for changing the plot here and there; in fact, the way the industry works according to the ratings is disappointing. I know, it’s because of the revenue and many other things that contribute to the success of the drama, but the ratings are somehow limiting the creativity of the writers. They aren’t able to express themselves freely because of the public sentiments and in the end, they have to follow suit, changing their ideas accordingly in order to fit into the society. Ah, so sad. As for the (supposed) bad girls, Queen Inhyun (Hong Soo-hyun) didn’t change much throughout the drama, sticking to her passive nature but at times could be threatening and Choi Sukwon (Han Seung-yeon), on the other hand, was too one-dimensional.

The drama changed its direction several times during the run and although the history wrote that Jang Heebin would die, Lee Soon’s constant affection towards her left people wondering if there would be any plotting in the background to save her life. There was, but in the end, the writer decided to went down the same path as in the the original novel where the drama is adapted from. At least we knew that Lee Soon’s love never changed and Jang Heebin was just trying to protect him from backslash from the ministers and also protecting their love.

Jang Ok Jung, Live in Love has ended but to me, it left some unforgettable things that I’ll keep to myself probably in years to come. The cast did a good job, although being bombarded by critics left and right. There are some things that can be improved but all I can say is I’m content with the ending, though it could’ve been better. Maybe everyone was tired of this drama/ratings game and wanted to get out of the misery. I can’t blame them.

To make up for the lousy post above (because I’m still trying to collect my thoughts properly…), here’s some additional information about the real history, a continuation from the post I made before. Enjoy.

Another reason for putting this post up is just because of the pretty pretty pictures, credit to Jang Ok Jung’s official blog.