I’m not bluffing at all! Today, actor Song Joong-Ki and actress/singer UEE attended the Barbie & Ken Awards 2011 at Beyond Museum, Chungdamdong, Seoul. The actor and actress were chosen as the ‘Barbie and Ken’ at the ceremony where both of them are sporting the exact clothes as the dolls. Luckily, Ken wasn’t going with his blonde style. If not, I might faint from the sight of blonde Joong-Ki.

At first, I was laughing because they dressed exactly like the dolls, but then I realized it’s just the concept. Uh, okay. But UEE’s dress is so beautiful it almost looks like a wedding dress. Maybe I’m just overly affected by the current news wave. 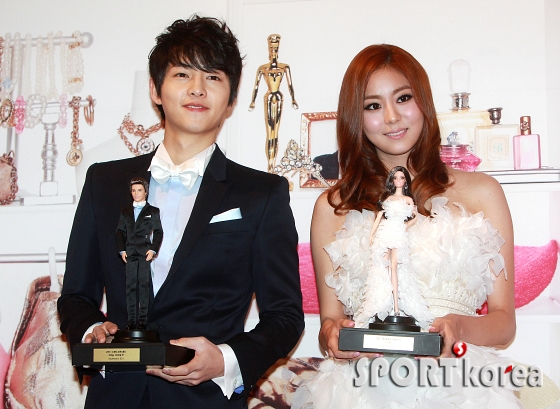 Here’s more pictures of them at the ceremony, which was held to celebrate Barbie and Ken as the icon of fashion and styles throughout the years.Apparently, Kim Bum and Hwang Jung-Eum was last year’s ‘Barbie & Ken’. 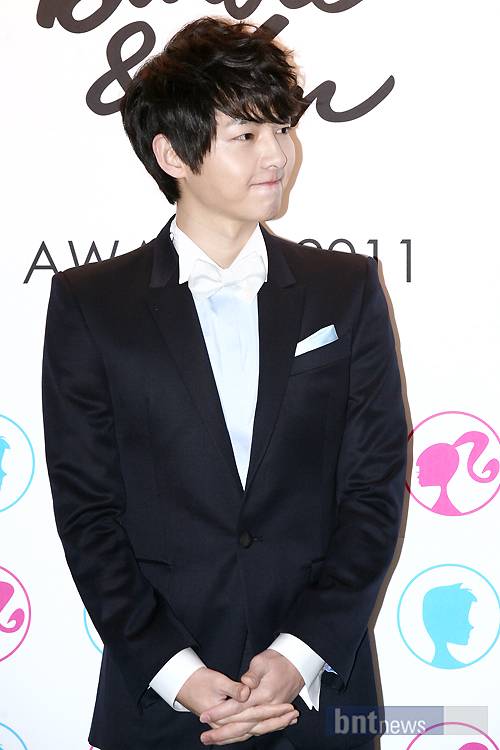 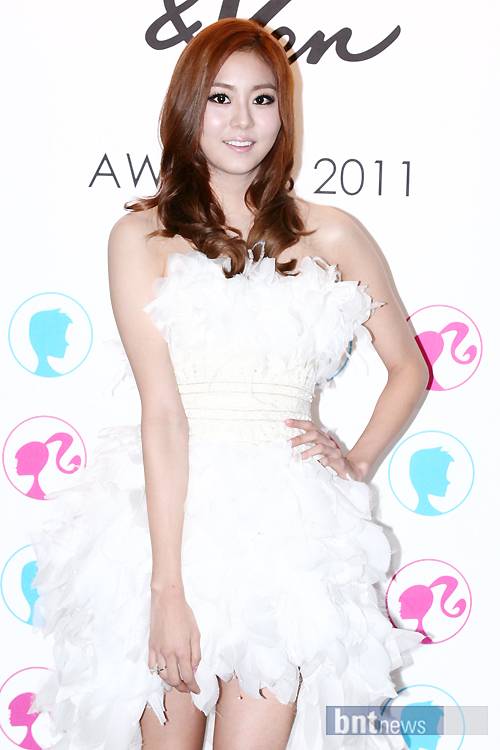 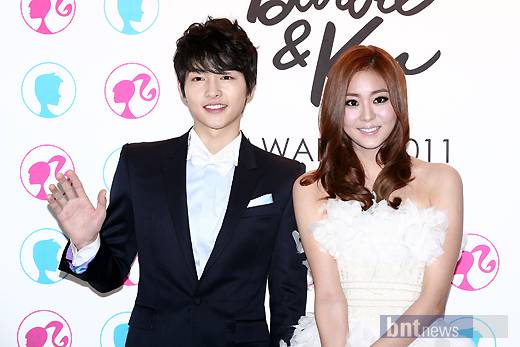 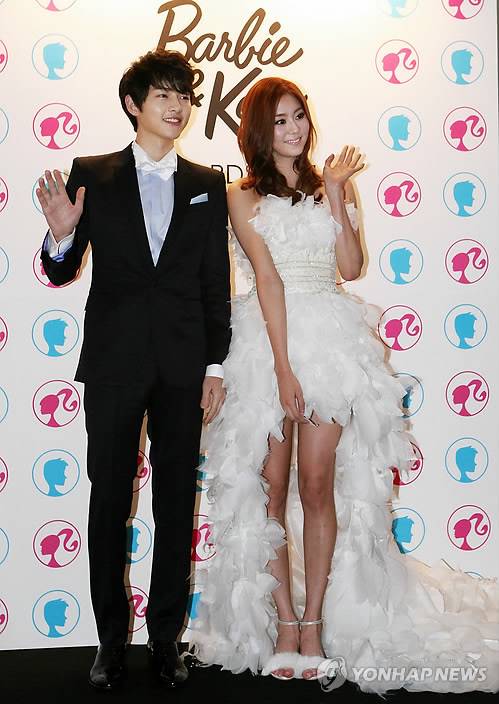 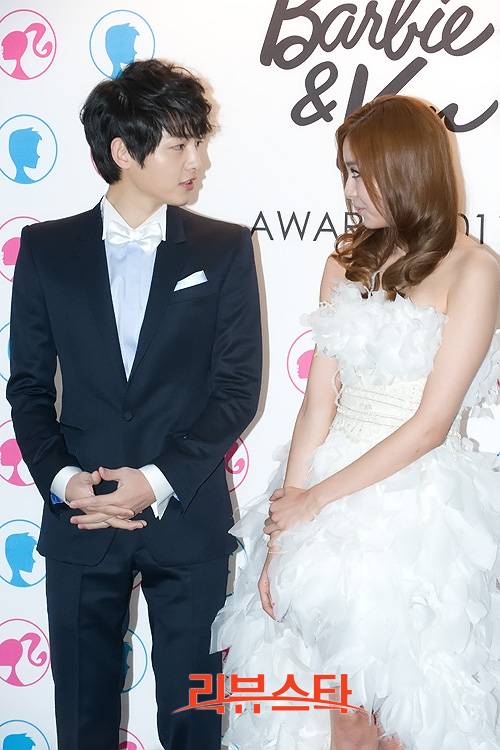 This one is so candid. UEE looks like she’s having trouble to walk in that dress and Joong-Ki looks like he’s purposely ignoring UEE.

Don’t worry, he’s not that selfish! He’s one of those gentlemen who is willing to help any damsel in distress^^ Lucky UEE~