February is the month of romance with the upcoming Valentine’s Day, but it’s the family month in dramaland as we are getting a slew of new family dramas soon! Apart from the weekenders, we are also expecting a number of highly anticipated prime time series this month, and it is only the beginning for more coming our way in March… 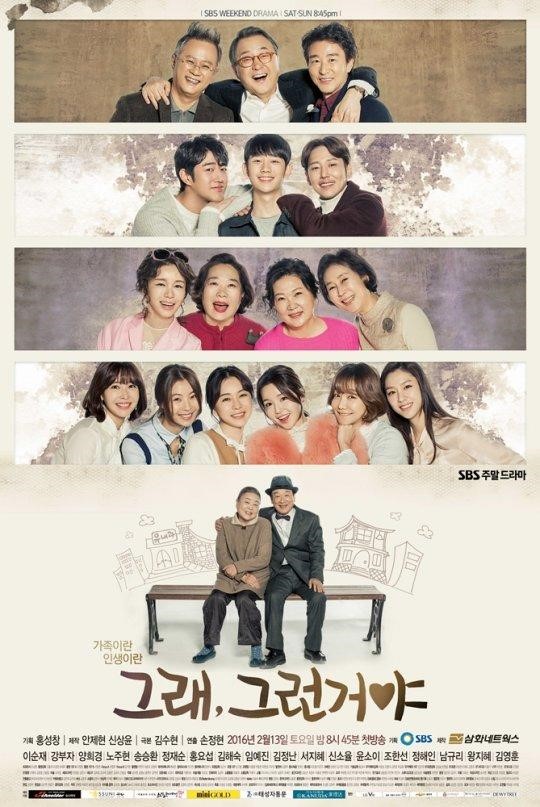 This upcoming weekend, we will be welcoming the premiere of Yeah, That’s How It Is on SBS. The drama boasts a huge cast of 18 actors (all featured in the main posters) and there is no surprise seeing so many familiar faces here, because the writer, Kim Soo-hyun, has previously penned many weekend dramas such Life is Beautiful, Childless Comfort, The Woman Who Married Three Times, and the shorter Thousand Days’ Promise. The heartwarming series will follow the lives of a three-generation traditional family and the challenges faced by the family members as a part of the big family. Starring Lee Soon-jae. Kang Bu-ja, Kim Hae-sook, Kim Jung-nan, Im Ye-jin, Seo Ji-hye, Nam Gyu-ri, Shin So-yul, Wang Ji-hye, Yoon So-yi, and many more, some of them also starred in the writer’s previous works. The series will be helmed by the producer behing The Woman Who Married Three Times and airs starting on February 2 on the Sat-Sun slot once emptied after The Family is Coming. I guess SBS is confident to rake in higher ratings on its weekend slots since the drama is planned for 60 episodes. 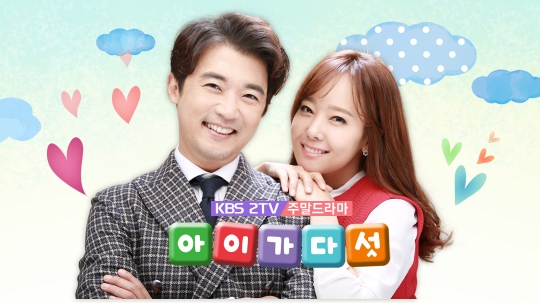 The current leader in the ratings game of the weekend evening time slot, All About My Mom, will be ending this week, and Five Children (alternate title Five Enough) will be joining the band of new dramas on the week after. It is being described as a comic family drama about two single parents falling in love. Jung Hyun-jung, whose past works include the I Need Romance series and Discovery of Romance, not to forget the recent web drama Because It’s The First Time, is the scriptwriter of the 50-episode series (I guess she found a liking in KBS after working with them through Discovery of Romance?). Leading are Ahn Jae-wook and So Yu-jin as the single father and mother, respectively, with Shim Hyung-tak, Shim Yi-young, Wang Bit-na, Im Soo-hyang, and Sung Hoon (do I smell a New Tales of Gisaeng reunion?) supporting. The series begins February 20 on KBS2, and February 27 on KBS World. 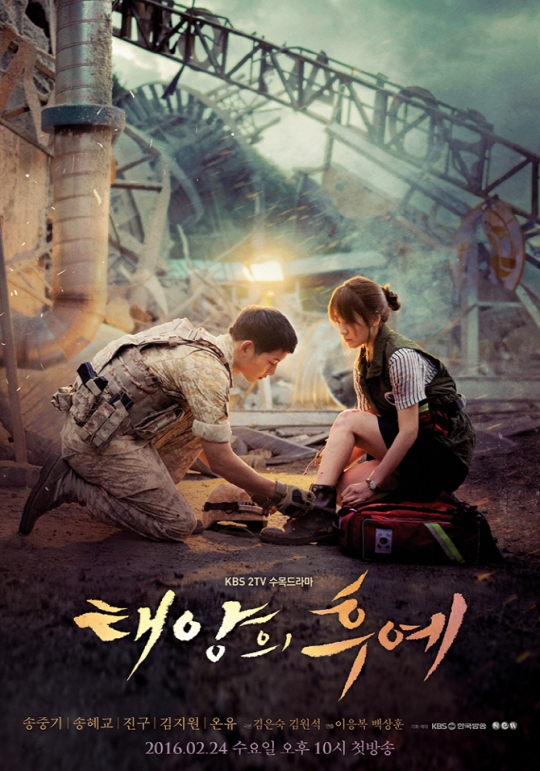 I think we have been teased enough that most of us could finally breathe when February appeared, because Descendants of the Sun is finally coming our way very, very soon, although not that soon. It will be the first series entirely pre-produced by KBS before it is aired beginning 24 February, and the filming has wrapped up last year. The 16-episode drama follows the romance blossoming between people serving under the UN peacekeeping troop as they are away in foreign land, battling with devastating war and diseases. Kim Eun-sook (of Heirs, A Gentleman’s Dignity, Secret Garden, City Hall, and many more) teams up with The Queen’s Classroom writer Kim Won-suk for Descendants, with Song Joong-ki, Song Hye-kyo, Jin Gu, and Kim Ji-won as the leads. All eyes are on Song Joong-ki since this is his first post-army project and Song Hye-kyo after her last drama That Winter, the Wind Blows back in 2013, but I won’t be surprised if Jin Gu and Kim Ji-won manage to steal hearts because they do look adorable in the promo materials! Mark your calendar on February 24, and make sure you don’t miss the Wed-Thu drama taking over Gaekju‘s slot. 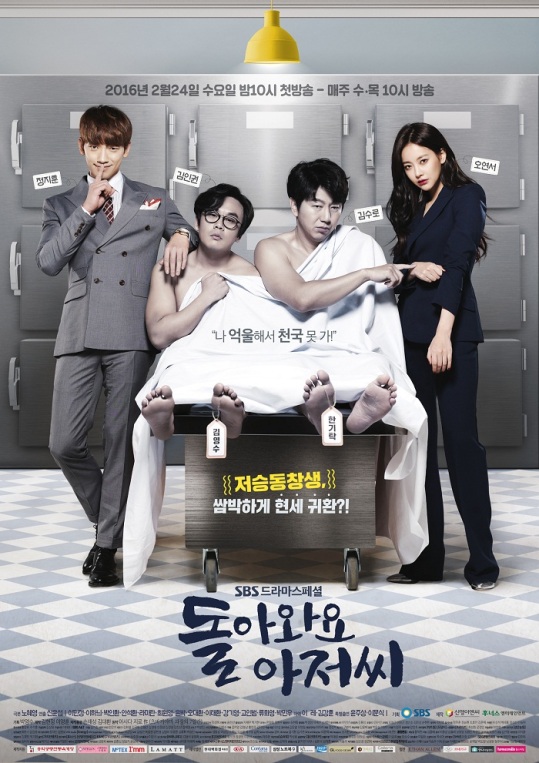 There was so little coverage on this drama at first that I couldn’t seem to understand what the plot is all about, but it is getting clearer with more details released, and Please Come Back, Mister is starting to get more interesting. Two guys on a one-way trip to the afterlife get their second chance at life, but with a twist: one is given the body of a hot man, while the other one…a pretty lady. I guess it is better than being cats, because they can’t really realize their wishes in cats’ bodies…right? Kim In-kwon, Kim Soo-ro, Rain, Oh Yeon-seo, Lee Min-jung, Lee Honey, and Choi Won-young are listed as the main cast, but I am curious about Ra Mi-ran’s character, who seems to be…the Grim Reaper? or the Train Conductor (aka the Gate Keeper to Afterlife)? Slated for a 16-episode run, Mister will be going head-to-head against Descendants, starting on the same day, February 24. It takes over Remember‘s slot on Wed-Thu nights on SBS. 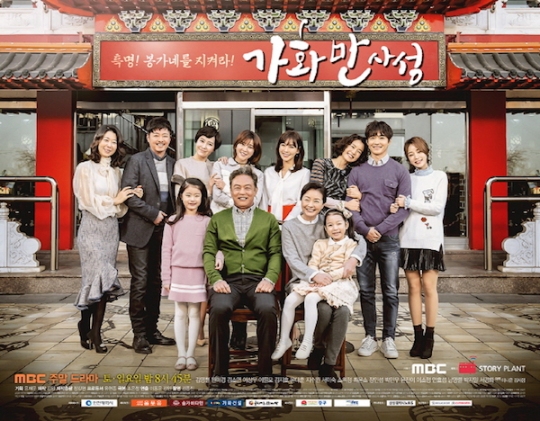 With MBC’s evening weekender Mom ending, All Is Well with A Happy Home (or simply Happy Home) is taking over the time slot on MBC starting February 27. Starring Kim So-yeon, Lee Sang-woo, Lee Pil-mo, and others, the drama follows the Bong family, who is running the biggest Chinese restaurant in Chinatown. More details will come soon, but coming from the same writer behind Hotel King and Feast of the Gods, Jo Eun-jung, it’s safe to expect the usual fare of family bickering and business rivalry, as well as delicious food, since the characters have a restaurant..right?

What will be your new pick for this month? Or are you clearing up your drama list and waiting for March dramas instead?