In the midst of liveshooting culture practiced in Kdramaland, the team behind the upcoming SBS drama Six Flying Dragons has already started filming, four months prior to its premiere scheduled in October after Mrs Cop. It’s a common practice for the team since they also did the same with Tree with Deep Roots: securing the cast and kicking off the production early to maintain the quality of the drama. We also get more news on the additional cast and I’ll continue updating this post with the new ones. Ah, it’s so hard to wait when I’m so excited for the drama! 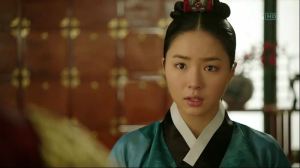 The main cast undergoes major reshuffling regarding the main actress: Baek Jin-hee has bowed out from the project and Shin Se-kyung is then confirmed to join the sageuk as Boon-yi. It’s not surprising since she worked with the team in Tree and did a decent job there as So-yi. Hopefully her character will showcase more of her charms after her performance in The Girl Who Sees Smells. 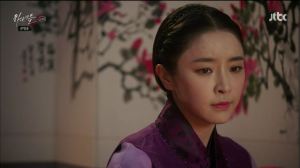 Jung Yoo-mi has chosen to act in sageuk again after Maids, but it’s only recently she has confirmed to star as Yeon-hee, a woman who received the affection of two men: Jeong Do-jeon and Ddang-se (Lee Bang-ji). Her character caught the eyes of Jeong Do-jeon but at the same time, Ddang-sae, who was her first love, appeared in front of her. Well, that’s awkward. Yeon-hee will be the only woman supporting the first Prime Minister of Joseon to lead the founding of the new dynasty. 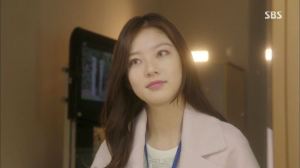 Gong Seung-yeon has signed up to play Yi Bang-won’s wife, Min Da-kyung/Queen Wongyeong. She gained her popularity through the hit Mon-Tue drama Heard It Through the Grapevine as Go Ah-sung’s sister, Seo Noo-ri. I’m excited upon hearing her casting because Queen Wongyeong was also a key figure behind Bang-won’s ascension to the throne, and the actress made the decision after PD Ahn Pan-seok encouraged her to do so since she will be able to act alongside Yoo Ah-in. Min Da-kyung is described as a female version of Yi Bang-won: they were so similar to each other and that is probably the reason why she fails to capture her husband’s heart. Nevertheless, she will be supporting his every move towards his rise to the top position in the dynasty. 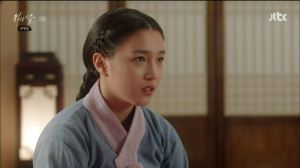 Lee Cho-hee is going to be reunited with Jung Yoo-mi here after her stint as In-yeob’s faithful servant in Maids but this time, she is playing a street singer and performer at the marketplace who lost her mother tragically when she was young. She will become an aide to Ddang-sae. Ddang-sae sure has a lot of ladies in his life! Maybe Byun Yo-han is fated to play ladies’ man in dramas? 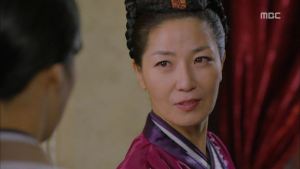 Sageuk veteran Seo Yi-sook (whose recent works include Empress Ki and The NIght Watchman’s Journal) joins the cast as Mu-hyul’s grandmother, Myo-sang. She will be a commoner who has witnessed the crumbling of Goryeo Dynasty and the founding of a new nation under Yi Seong-gye. She raises her grandchildren in an ordinary setting but used her experience to guide them in their lives. 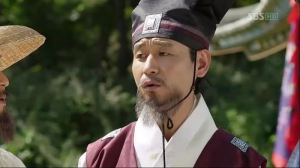 Park Hyuk-kwon will be having some sort of a reunion with Yoo Ah-in after Secret Love Affair, but it’s still unknown whether they will share a scene together. He plays a swordsman serving under the Goryeo official Yi In-im named Gil Tae-mi, but he has a fatal weakness that is his attraction towards beautiful clothes and ornaments. That’s rather peculiar for a swordsman and it will be quite a feat to see a swordsman sporting colourful attires when he’s supposed to look tough all the time. 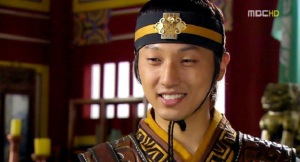 For fans of Alcheon in Queen Seondeok, this will be a good news for you guys: Lee Seung-hyo has signed up to play Yi Bang-woo, a Goryeo loyalist. The last time I saw him was in Full House Take 2, in which he became No Min-woo’s manager. The news articles didn’t mention it but I think he will also become the firstborn son of Taejo and eldest brother of Yi Bang-won, known as Grand Prince Jinan who hid himself and his family after his father overthrew Goryeo Dynasty and founded Joseon. Now that they have started to cast the princes, I can’t wait to see who will nab the roles of the other royal sons! 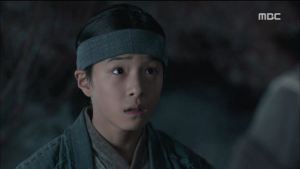 The younger version of the main characters have started filming the earlier portions of the story, and the cast is slowly revealed: we got the talented Nam Da-reum as young Bang-won and Lee Re as the young Boon-yi. not sure whose younger version Yoon Chan-young will be portraying in the drama, probably as young Ddang-sae?

Kim Hak-sun, the butler in Heard It Through the Grapevine, is reprising his role as a butler but in a different setting: he will be serving Gil Tae-mi’s household in Dragons. I bet Director Ahn Pan-seok plays a big role in suggesting the actors who worked with him in his dramas to the production team of this drama! Oh, remember the young married intern with a baby who made Manager Oh (sort of) profess his love for Geu-rae in Misaeng? The actor, Jo Hyun-sik, is joining the fellow Misaeng alumni Byun Yo-han in Dragons as a beggar. I’m not sure if it’s just a short cameo or his character’s there to stay. Jeon Sung-woo, a musical actor, is making his small screen debut through Dragons as a Sungkyungwan scholar. 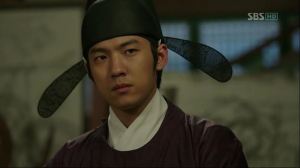 Last but not least (for now): Seo Joon-young has agreed to make a special appearance in the drama as Bang-won, Ddang-se, and Mu-hyul’s sworn brothers. His character will play an important role in setting up the story, but that sound ominous. Ehem. He worked alongside the team in Tree as Prince Gwangpyung, and I REALLY hope that his character here won’t meet the same fate as his previous characters in SBS sageuk. Don’t you dare to pull the same trick on me after what you’ve done with Heung-bok in Secret Door, SBS!