One of the perks of watching less dramas is that you slowly get detached from the updates about the currently airing dramas and even the upcoming ones. Am I heading towards a dramaless life? That sounded like an impossible thing few years back but with the crazy life commitments left and right, it is a possibility. Fear not, I’m still watching dramas though not everything under the sun these days, and one upcoming drama is creeping up into my radar: jtbc’s Maids.

The production team has released several casting news and the reports give a sneak peek into the drama. Touted as a ‘romance thriller’ sageuk, it seems to be gearing up for a slightly different tone compared with the conventional sageuk. Instead of focusing on the top class citizens in Joseon Dynasty, the story follows the lowest class citizens, who were often portrayed as minor characters in other dramas.

Jung Yoo-mi plays the leading lady, Guk In-yeob, who is originally Joseon’s most famous noble lady. She can be regarded as a queenka of Joseon, with a pretty face to boot and a unique style, making her some sort of a trendsetter in the capital. She even has her own fanclub, which I assume is full of her admirers from all walks of life. A tragedy happens to her family when her father is accused of treason and as a result, she falls victim to the accusation and the noble lady faces a drastic change in her life, that is being demoted to a slave.

If there’s a queenka, there has to be a kingka somewhere in the drama..and this time, the focus is on the kingka among the slaves. Oh Ji-ho is returning to the small screen again as a slave, but he’s actually an undercover agent from the secret society aiming to revive the fallen Goryeo, Manwoldang. He possesses a remarkable talent in martial arts, yet he lives among the slaves, hiding behind his mysterious image. Even his name is mysterious itself: Mu-myung, which means ‘nameless’. It is quite amazing for someone named Nameless to make a name for himself, since he’s a famous figure among the slaves of both gender.

The representative of the young nobleman is Kim Eun-gi, portrayed by actor Kim Dong-wook. He’s a husband material wiht complete package: good looking and decent martial arts skills, but no one is perfect in this world. This hot guy of Hanyang hides an untold story in his painful heart while juggling his new found rivalry in Mu-myung. He’s in a marriage talk with Heo Yoon-ok, who is the younger sister of his buddy Heo Yoon-seo.

Lee Shi-ah will be the yangban daughter Heo Yoon-ok, who fights over the spot of the beauty queen of Hanyang with In-yeob and always end up second next to the famous lady. She gets the chance when In-yeob’s family faces a downfall but the jealousy she hides behind her cute face knows no boundary.

Her brother is another story: Lee Yi-kyung is the married man Heo Yoon-seo with no achievement so far in his life. Born as the eldest son of Heo Family, he was thought to be a bright child but ended up failing the government examination. To make it worse, his friend Eun-gi passes the exam and becomes the most sought young man, while he himself being treated as the family’s nuisance. Talk about the pressure. The courtesans are his cure to his empty soul although he has his wife waiting for him at home.

Lucky for Lady In-yeob, she has her faithful maidservant besides her when she turns from an elite to a servant overnight. Sa-wol (Lee Cho-hee) appears to be an ordinary slave but she has a simple dream, that is to get married and change her low status. It is another story for Dan-ji (Jeon So-min), who is a servant of Heo family but she can be regarded as Joseon version of Doenjang Girl. She’s crazy about the rich young men and utilizes her beauty for her own benefit, just like a courtesan. She will be involved with the young master of the house, who is no other than Yoon-seo. A slightly risque relationship between a master and his servant? Ohhh~

No news about In-yeob’s parents yet but for now, the team has secured a slew of notable actors and actresses to play the older generation. Eun-gi is the son of Minister of Taxation, Kim Chi-gwan (Kim Gap-soo) and Lady Han (Jin Hee-kyung). The father is set on an arranged marriage between Eun-gi and Yoon-ok because of political reasons, while the mother sounds like a charming lady despite being lacking in several aspects. Lord Kim has a courtesan he adores: Ga Hee-ah (Hwang Sun-hee), a character based on a real life figure. The courtesan was mentioned in Annals of King Taejong as a woman who had captivated the ministers with her charms. The character in the drama has Lord Kim wrapped around her fingers but she was actually a past lover of Mu-myung. This femme fatale is jealous of In-yeob, who is the object of affection of Mu-myung and Eun-gi. Ga Hee-ah is set on destroying these three youngsters because if she can’t have those men, no one should.

The Heo family is different from Kim family: Heo Eung-cham (Park Chul-min) and Lady Yoon (Jeon Mi-sun) are the power couple. Lord Heo is a powerful Minister of War while Lady Yoon is a woman who is a strong supporter of her husband. No wonder Lord Kim wants to form closer ties with this family, although the two families are originally close with each other.

I thought that we are not going to see any royalty here, but we have one! Ahn Nae-sang seems to have found a liking in the Mon-Tue slot on jtbc since he has signed up to join this drama right after his current drama, Yoona’s Street, ends. He is going to play Taejong, the third king of Joseon, who has a link to the incident that causes In-yeob to lose her noble status. He was a king remembered for the Strife of Princes and also the discord with his father Taejo. It’s still vague but I assume that the drama will touch the issue of Joseon and Goryeo since it will be set during the early years of the dynasty.

The historical dramas from jtbc are well-known because of the unique charms, such as Queen Insoo and Cruel Palace, but this is a whole different thing. Those dramas are court dramas with a dash of political intrigues, but Maids is being promoted as a modern sageuk and youth romance melodrama. We still have some time until the premiere in December but I’m crossing fingers that this will be good and paves the way for more dramatic portrayal of the various social classes of Joseon. Secret lives of the servants and the behind stories of the attendants of the noble class? Bring it on! 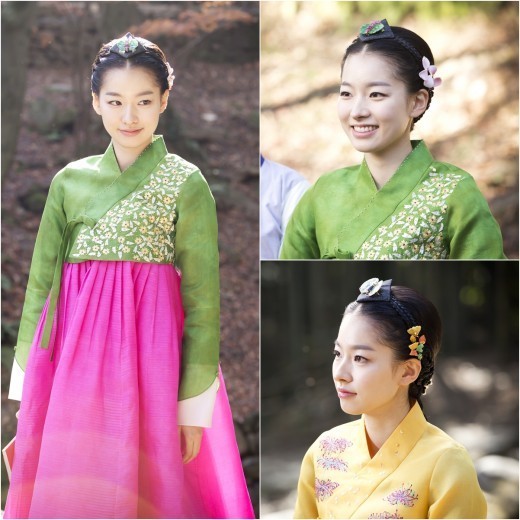 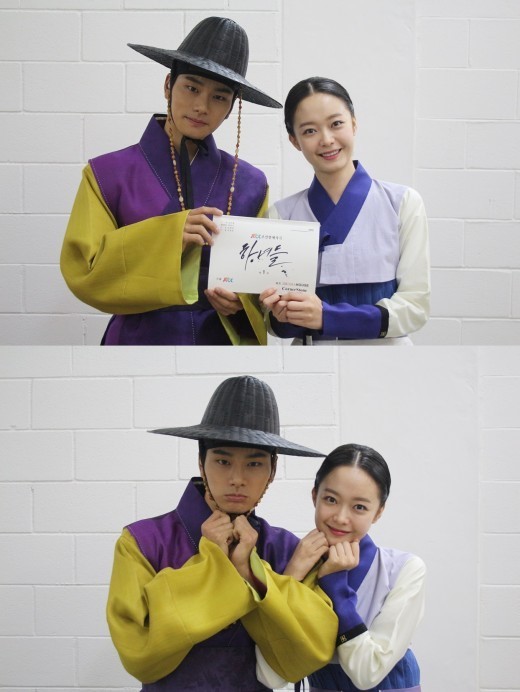