If someone asks me about the things I remember about the year 1994, honestly speaking, I can’t remember anything about it. I was three years old and I can’t even recall the memories of being a five year old, let alone two years prior. Because of that, watching Answer Me 1994 wasn’t something that I planned to do in the nearest time but last Sunday, I felt it was the right time to dive into the world of 1994. 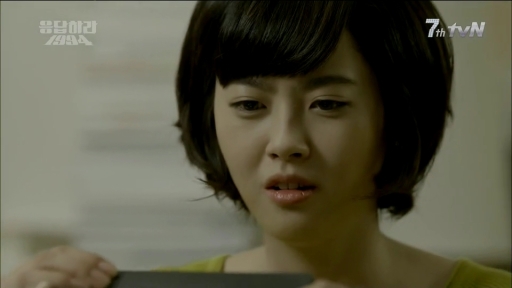 I don’t know exactly what made me grab the first two episodes available and start watching them right away. Maybe it’s because of the recaps on Dramabeans, but I knew I made the right choice. When the first episode started, everything felt so familiar.

The premise is the same as Answer Me 1997: the characters are telling the stories of their shared past in the form of flashbacks, this time traveling back to 1994. Coming from the same franchise, it can’t be helped to feel the need to compare 1994 and 1997, but each of them has their own strengths. Answer Me 1994 brings the characters into a new world: not only they’re starting a new life as college students, but they come from different parts of the country and struggle to find their footing in the alien city of Seoul. The kids are boarders at a boarding house run by Sung Dong-il and Lee Il-hwa, who recently moved to the city from Masan.

The parents are returning cast from 1997 and while they’re a nice reminder of the predecessor, they are different from Sung Shi-won’s parents. Sure, the daddy is still a baseball coach who likes to yell and the mommy is a friendly housewife who cooks a mountain of food, but they are shown in different light, especially how they are treating the kids. My favorite so far is when daddy has to rub the daughter’s head for her to go to sleep. So lovely. 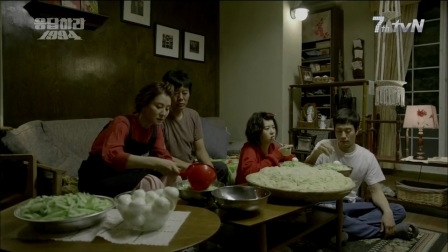 Their daughter Sung Na-jung (Go Ah-ra) is also staying there since she’s starting her freshman year at Yonsei University, and she’s a girl with a voice of a thunder. Pwahahaha. The family is a close-knit family but once Na-jung gets into a quarrel with her ‘Trash’ Oppa-ya (Jung Woo), even the parents choose to ignore those two. They bicker, fight, and quarrel, but at the end of the day, he’s the one who puts her to sleep and she’s the one who know where he put his things.

As pop culture is part of the theme for the series, Na-jung is naturally a fangirl since she’s the main character. However, instead of the boy group Seo Taiji and the Boys, she chooses to be an unpaid (and extremely loud) cheerleader fan for Yonsei University’s male basketball team, with her favourite being her Lee Sang-min oppa. Being a college athlete’s fan definitely looks simpler compared to bring a fangirl of a boy group, because Na-jung gets to see her oppa during practices and matches, live or on the television. Plus, she gets to be close to him, to the point of keeping the treasure that is her oppa’s sweat trapped in her handkerchief.

The first two episodes are mainly introducing the characters and laying the foundation of the story consisting of Na-jung, Oppa-ya, and the other boarders who happen to be Na-jung’s classmate. So far, only the most senior person in terms of look is introduced to us, Samcheonpo (Kim Sung-kyun). The nickname is from his hometown but describes his older looking face perfectly. He might look closer to a lecturer than a freshman, but he’s like a lost child while finding his way around and his journey to the boarding house is an adventure itself. His awkwardness makes him all more adorable and I can totally understand his feelings, being a new person in the town and trying to fit into the big city that is Seoul. Samcheonpo is currently in a love-hate relationship with his roommate, Haitai (Son Ho-joon). They’re like the opposite poles and always at odds with each other, quarreling and arguing about the smallest problem. Isn’t it lovely to see two bickering guys finding a common ground when they’re thrown into a new world?

Jo Yoon-jin (Min Do-hee) is the representative of the fangirl, being the sole stan of Seo Taiji and the Boys in the circle (so far). Always walking around hiding her face behind her hair, the girl doesn’t really talk a lot, but never make her cuss. That would be a great eye opener and to be honest, I can’t wait to hear more of her cursing. Teeheehee! Another addition to the house is the nice guy Binggure (Baro) and his Seoul cousin Chil-bong (Yoo Yun-suk), who is in the good books of daddy for his talent in baseball.

As someone who watched Answer Me 1997, I feel that Answer Me 1994 is slower in pace compared to its sister since the former compressed two episodes into one slot while the latter airs like a normal drama with 65 minutes for each episode. It takes time to get used to the longer duration of episode but so far I’m liking it. The songs put me into the mood and the drama makes me feel all nostalgic again. Looks like we’re in for another “Guess Who’s the Husband” game, but I’ve started to ship Na-jung with someone…and I hope she will end up with that person!

For those who loved Answer Me 1997, I think Answer Me 1994 will capture your heart too. I’m excited for deeper insights into their lives and what will happen to them as they continue their respective adventures. I’m already impatient waiting for next episodes and here’s hoping that it will continue to be awesome! 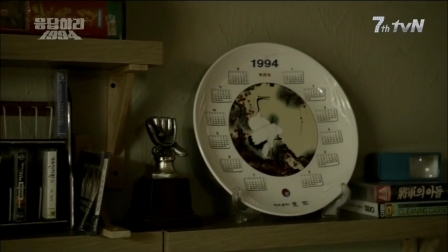