Bad premonition. Sad news doesn’t come unannounced; it always come with some signs and although it’s uninvited, but it’s something that human beings are unable to escape from. The only thing that they can do is accept the news with open arms, though it’s too bitter to be swallowed. 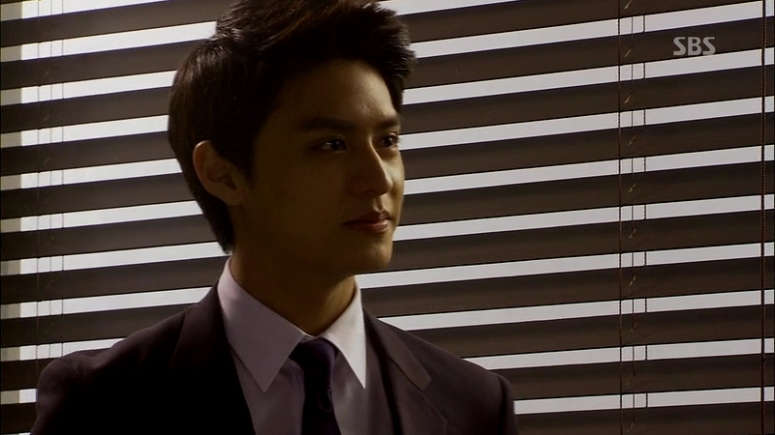 The stand-off between Cha-don and Se-kwang don’t last that long as Chief Jo is asking to meet Se-kwang. Hyuk, at the same time, overhears Jae-in talking over the phone about Cha-don being framed by Se-kwang and Prosecutor Kwon. Chief Jo is now acting on behalf of Prosecutor Kwon and tells Se-kwang to release Cha-don since they don’t any evidence against him. Jae-in vows to protect Cha-don from Se-kwang’s evil plans, but she receives a shocking news: Madam Bok has collapsed. 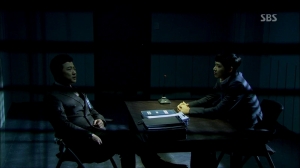 Se-kwang and Cha-don take the time to have another session of heated chit-chat about their ideology. Se-kwang, who’s been dreaming of a bigger world of his own ideal of justice, feels that Cha-don is the criminal, disturbing his way towards the goal. Cha-don, realizing how scary a person like Se-kwang is to the world, promises to stop him, even if that causes him his own life. Cha-don leaves the interrogation room and both of them start to search for Manager Yoo, who has disappeared.

Jae-in knows that she’s being tailed by Prosecutor Kwon’s assistant to the hospital. She goes to visit Madam Bok, only to find her mother acting like a scared child and doesn’t even recognize her. Jae-in thinks it’s better if the people doesn’t find out about her mother’s illness for the time being and they sneak her out of the hospital. However, the assistant senses that something is wrong with Madam Bok. 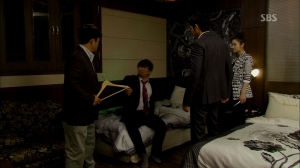 Cha-don wins the race to find Manager Yoo and kidnaps him. He’s unable to make him open his mouth about Se-kwang and tries to tap his phone, but Se-kwang knows better about his tactics. Cha-don loses him as the phone is thrown away per Se-kwang’s direction. Manager Yoo goes to meet Se-kwang, only to be told to hide for the time being.

Se-kwang starts pulling his string on Hwanghae Bank, inducing sudden withdrawing of cash by the customers. Jae-in is freaked out by the matter and Hyuk’s appearance there isn’t going to make anything better. Se-kwang receives the info about Hyuk going to the bank but doesn’t suspect anything. Instead, he’s certain that the bank will meet its end and so is Madam Bok, hence giving Prosecutor Kwon to replace her position in Chungrok.

It looks like Hyuk has started to feel the burden of his father’s crime and he’s tired of the hide-and-seek game played by Prosecutor Kwon about the truth. He wants to dig out all the secrets of his father and Se-kwang. Meanwhile, Cha-don gets to know about the bank’s problem from the news but he senses that something is wrong with the customers of the bank.

Jae-in is still thinking about the possible action to make and tries to put Madam Bok in her place. She opens one of the recorded audio files inside her mother’s computer and it’s a recoding of Madam Bok’s umpteenth encounter with Bi-ryung, quarreling about Chungrok presidency. Jae-in decides to face the situation with her own way and manages to assure the customers using the stacks of money in the bank’s possession.

Madam Bok doesn’t show any sign of getting back to her usual self and the one who takes care of her is Jae-in’s father. Jae-in is surprised to see him in their house but he assures her that he’s the best person to take care of her mother. Madam Bok looks like she recognizes Jae-in’s father, but she’s just having fun with her new babysitter. 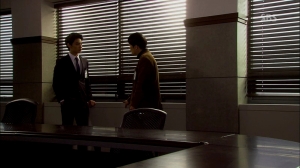 Hyuk secretly investigates about the Swiss Bank where Se-kwang put the money he took from Hwanghae but Se-kwang soon finds out about his investigation. Manager Yoo feels insecure and keeps pestering Se-kwang to keep his promise, but a call from Hyuk forces those two to devise another plan to find out about Hyuk’s real intention. Cha-don manages to find Manager Yoo’s number and tracks the phone in order to find him. 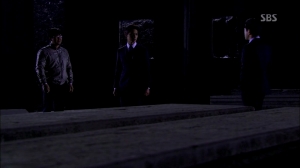 Hyuk arrives at the meeting place, which is a dark, unoccupied building. Manager Yoo appears in front of him and he acts like he’s there on Se-kwang’s order. However, his cover is blown out when Se-kwang reveals himself there. Hyuk is determined to solve the case, even if he has to drag his own father and his mentor as the suspects. He actually recorded Se-kwang’s words and Se-kwang tries to wrestle the voice recorder from his hand. Bad luck for Hyuk, he slips and falls from the building onto the hard ground.

Se-kwang is dumbfounded, surprised by what has just happened. Hyuk’s head is bleeding from the fall but Se-kwang receives a call, informing him about the phone tracking made by Cha-don. He orders Manager Yoo to do something and promises to give him more money for it. 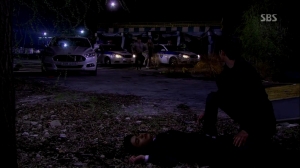 Cha-don reaches the building after tracking Manager Yoo’s phone but he catches the sight of Hyuk lying unconsciously on the ground. Hyuk’s conscious for a while and manages to tell Cha-don that Se-kwang was the one who made him like that. He then closes his eyes and right at that moment, the police siren is heard and Manager Yoo directs the police towards Cha-don, saying that he killed Hyuk. Cha-don, however, manages to flee from the scene.

It has been a month since Hyuk’s death and Cha-don is still hiding. Bi-ryung knows that Se-kwang framed Cha-don with his own crime. Prosecutor Kwon still thinks Cha-don was the one who murdered Hyuk and Se-kwang is still super calm sitting in front of him, sipping tea together with him. He receives a call, surprisingly, from the missing Cha-don.

Manager Yang and Secretary Hong meet Cha-don, who’s living among the homeless somewhere. Cha-don decides to go into the prison himself to find the truck driver and Manager Yoo. He wants to use them as his weapon against Se-kwang and Prosecutor Kwon. Jae-in is worried about him and tells him to escape to overseas, but he wants to defeat those two and assures her that he will be fine. 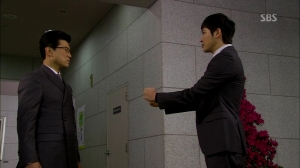 The normal day at the prosecutor’s office changes when Cha-don walks in, straight towards Se-kwang. He tells Se-kwang to arrest him as he’s about to go crazy, standing in front of the killer of his parents and Hyuk. Ji-hoo passes by and overhears it without them realizing her presence…

WOW. This episode moves so fast it’s almost hard to believe that we’re already on the 21st episode off the drama. It doesn’t feel draggy, at least to me, but the plot is really giving me more and more reasons to pile my mountain of hatred towards Se-kwang. I don’t even know, what’s the best way to punish him. Not even his death can atone for his sins. Cha-don, it’s your task now in order to make sure he gets the ultimate humiliation and degradation for the rest of his life.

I admit that I cry while watching Madam Bok’s recent condition. Such a heartbreaking thing that happen to a wonderful woman like her. If she’s not going to return to her old self, then I will miss her sass for a long, long time. Although her illness is saddening, there are some silver linings from it: Jae-in gets more matured and Jae-in’s father can take care of her. I’m happy to see the family being reunited after a long time, but I’m also proud to see the stronger Jae-in. Aww, that’s my girl! 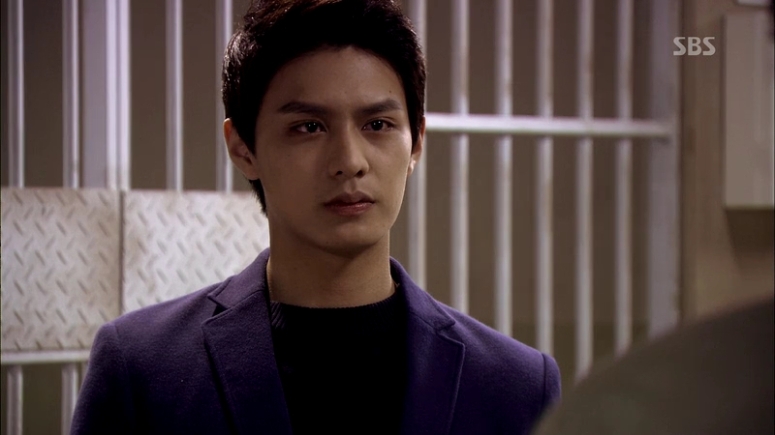 …and let me mourn for my puppy, Hyukie Puppy. sobs

5 thoughts on “[summary] The Incarnation of Money – Episode 21”