I see Queen Inhyun’s Man and I hear Flower Boy Next Door, but the feelings tell me that this is something new. That’s right, I like the drama as it is, because it’s not the same as the other two. Nine: Nine Times Time Travel. The Korean title isn’t that confusing but when translated into English, it somehow becomes complicated. Obviously a(nother) time traveling travelogue and for those who to check it out, just leave your logic outside your brain for a moment. [SPOILER ALERT!]

My version of a short summary of the drama:

“Park Sun-woo, a 37-year old reporter gets to know about a way to travel back to the past, which is by burning incense sticks from Nepal. The sticks are what his late brother tried to find but died in his quest for them. Sun-woo’s main goal is to save his father, who got killed in a fire 20 years back. The incense sticks can send the person to the same time, same place, same date and month where he is, 20 years back. Little did he know that the 10 sticks can change his own life and the people around him…”

I actually planned to start this drama later, but temptation to check it out won’t leave me and I just had to give in to my drama addict’s side. Right now, I have to be thankful to that temptation. Because of it, I’m left alone, trembling after watching four episodes of the drama.

So, what do I think about the drama?

I would like to take back my promise here because I’m all in for Nine! Four episodes in and I realize that I’ve fallen for the drama! Hmmmm…am I that easy to please?

The time travelers that we have seen in kdramas are either from the past or the present, but one thing that they don’t have is the time limit. I think this is the factor that sets Nine apart from the other time traveling dramas before this, because our time traveler Park Sun-woo (Lee Jin-wook) knows his time limit when he travels to the past. He can stay in the past as long as the incense is lit and 30 minutes per stick is what he got for him to go back to his past and do something, or nothing.  Once the 30 minutes come to an end, he will just go *poof!* disappear into thin air in the past and transported back to the present. Interesting, isn’t it?

It’s just that the effect gets somehow more complicated with each of his ‘short’ visit to the past. Is it a butterfly effect?

Sun-woo surely doesn’t put too much thought on the side effects of his action but by the end of episode 4, the effects become more visible. Things are changing, not only for him but the people around him. Crazy and illogical, but fantasy dramas and logic aren’t good buddies in this context. Aish, I can’t wait for episode 5, really!

I have to admit that the reason I’m watching is Lee Jin-wook. I’m shallow but no regret as I can enjoy the drama thanks to him! He’s a hoot here and his portrayal of Sun-woo is pretty good so far. Sun-woo is one straightforward reporter and he’s not afraid to express his thoughts. His career resume is perfect but his family is pretty much ruined with his mother’s sickness and his brother’s death, and he’s been diagnosed with malignant brain tumor.

Talk about bad lucks, but he’s somehow lucky to have the incense sticks. He intends to carry on with the mission that his late brother didn’t get to do, which is to save their family from the despair after their father’s death. He also has his own goal, that is to dig out the crime done by his family’s enemy, Choi Jin-chul (Jung Duk-hwan – I still think of him as Munjong from The Princess’ Man each time I see him in a drama).

I come to like him even more in episode 4, where he shows how much he cares for his family and his friend. He doesn’t really care about his own fate and chooses to let it flow naturally from the past. Instead, he chooses to use the chances of going back to the past to make the people around him happier. I particularly like the journey he made just to make his mother happy, shielding from the possible heartbreak she could have faced when her son stood her up. It’s a small gesture but enough to bring the smile on his mother’s face and also mine.

However, his own life is getting altered with each journey he made as an effect from the people’s lives that he has changed. Episode 4’s cliffhanger proves that the concept of  ’cause and effect’ is still valid to be used this time.

The team behind the drama is the same one that did Queen Inhyun’s Man and while the setting is different, there are three things in Nine that remind me of Queen…

Fast moving split images in one frame. Some are okay with it but others think it’s just another source of headache.

Uhm Hyo-sup. Glad that he’s a kind mentor/superior over here, a role that’s the same as what he did with The Princess’ Man. Not an evil man like his role in Queen. And the fact that his character Director Oh Chul-min is using the same ringtone as Hee-jin back then….ah, the memories!

The beeper effect. Well…the logic needs to be thrown out of the window.

The common reactions that I saw here and there last week after the first episode’s broadcast is the oh-so-early-but-oh-so-deep kiss Sun-woo had with Joo Min-young (Jo Yoon-hee). Heh. She’s already lucky to begin with, not to mention that his superior/senior agrees to date her. Double lucky. Though Sun-woo’s decision is mostly because of his sickness, she must have been special in his eyes for him to spend the last moments of his life with her.

I can see why he thinks spending time with her is a good idea, simply because she’s so bubbly and cheerful, enough to make him forgot his problems for a moment and grins foolishly at her antics. Or doing embarrassing things because of her.

She’s like the female version of Sun-woo with her frank attitude but she has her own charms. Just be careful and do not provoke her, because she can be pretty unpredictable!

But then…her life is also changing because of the time travels. That is something new and I never thought to have her being associated with the journey this early, but I will have to watch episode 5 first before making any judgement. I’m a nervous wreck right now, because I adore these two so much. I really do.

Another character that deserves the love simply because he’s adorable is Han Young-hoon (Lee Sung-joon). He’s such an adorkable oddball who loves his best friend Sun-woo so much. Just look at how worried he is with Sun-woo’s nonchalant attitude about his tumor. He nags like a grandma but has a heart as big as a continent. 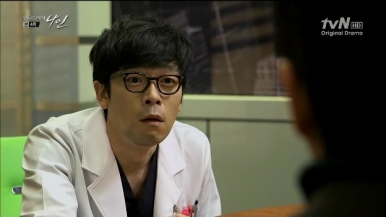 His reaction when he’s told about the time travel is gold. Haha! I’m glad that Sun-woo decides to share the knowledge about the travels with Young-hoon instead of keeping it to himself. At least he has a loyal buddy to confirm that something has indeed changed when he go back to the past. Through them, it’s confirmed that the memory of the past will be changed if there’s any change made in the past. It seems legit, but the visible change has yet to come…and I hope Young-hoon won’t lose his mind by then. 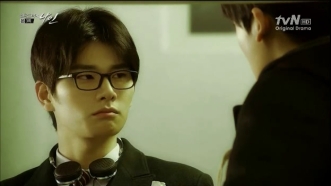 I couldn’t remember where I saw this guy playing the teenage version of Young-hoon and when I checked the cast…oh, it’s Lee Yi-kyung from School 2013! Someone please hit my head, my memory is getting worse each day!

My verdict for the time being: it’s an awesome watch because of the mysterious element, plus the endless possibilities and ‘what if’s. If you’re a fan of time traveling dramas, then this might be another favorite in the making for you. I want to see how the writer will pull of the reasoning behind the theme this time. Give it a try. Who knows, you might end up loving Nine as much as I do!