With less than a week until the premiere, 7th Grade Civil Servant (or Level 7 Civil Servant, whatever you want to call it) finally gave its official site a complete makeover, ready for the visitors to come flocking in looking for goodies and eye candies. I might be slightly on the ‘eye candy lurker’ mode since this is the return of Joo Won to dramaland after four months~! Not a long absence but hey, I have to be grateful for my flower boys. Hee.

The posters released so far only featured the two leads, Han Gil-ro (Joo Won) and Kim Seo-won (Choi Kang-hee) dancing around and their true nature behind the mirror. 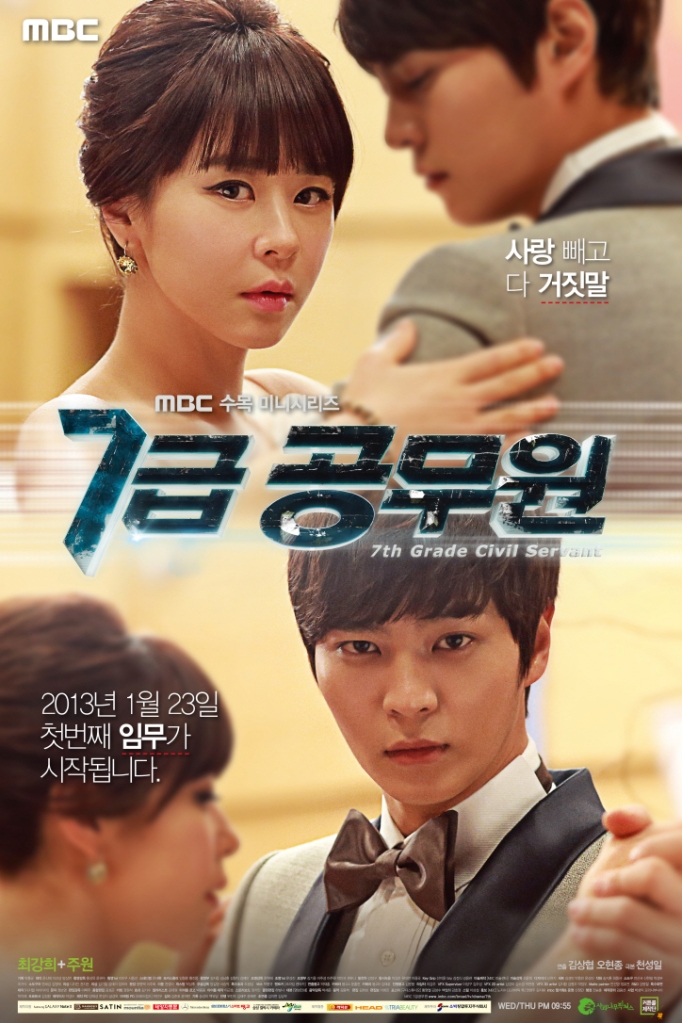 The second poster says it all about these two: Gil-ro is super childish and Seo-won is so going to have a hard time dealing with that boy. Yeah, he’s a boy. If not, how on earth it is possible for him to look like a totally goofy kid playing soldier in his practice attire?

*That being said, I don’t want Joo Won to go to the army yet!*

It’s different for Chansung, though.

He doesn’t look refined or pretty. That’s what  I like about his look for his character Gong Do-ha. I know that Do-ha will be Gil-ro’s rival in everything: from work to love, but I really like him from the first time I saw his stills. I’m not sure why (but pretty sure its not because of the abs hehehe), maybe because he doesn’t look like an idol for the start. I’m looking forward to you!

Mark your calendars, Jan 23rd is the D-day! For now, let’s just hit the replay button for the teasers.

For those craving for more updates, you can always go to these websites: