Have some pretty from Esom, featured in Allure magazine for March issue.

It’s a surprise that I’m able to recognize her on the site! Well..she’s a model after all, and models usually are painted with thick make ups until it’s hard to tell who’s who. I’m amazed because the magazines tend to use foreign models, but Esom is still sought after to be featured in the magazine spread. Her appearance might not be known to the world outside Korea, except for the fashion enthusiast. Not to say that I’m someone who’s so updated with the fashion world, but after I get to know her through White Christmas, I just adore her to bits. 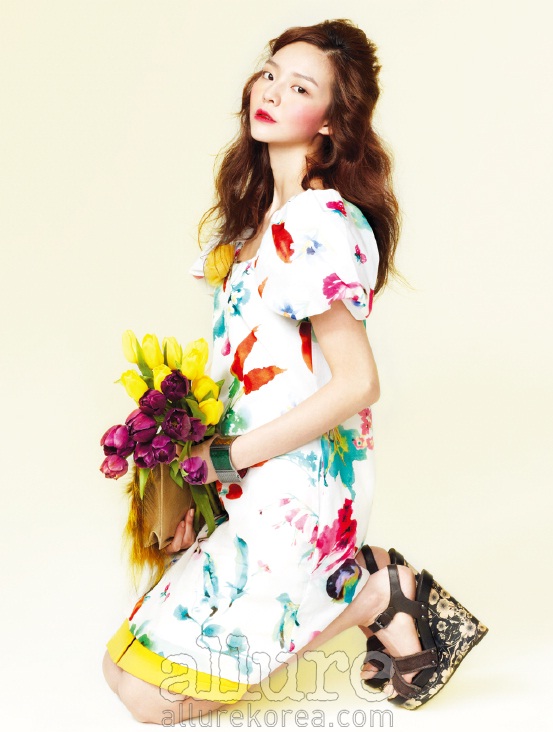 Her appearance in the drama might not be the best since she’s a newbie in terms of an actress, but she does have some depth in expressing the inner pain of her character.  But she’s too pretty and I prefer her to stay as a model, and looks like she’s going to do so. Some people thinks she looks like Shin Min-Ah. From some angles…yeah, the resemblance is there, probably because of the cheeks.

See what I mean? Heeee…This photo shoot is centered around flowers, thus the title ‘Pretty in Flower’. Esom looks like she’s almost drowned in the mountains of bouquets of flowers, but the photos are so colorful, thanks to the vibrant flowers and dresses.

This outfit is a little tacky if ordinary people like me is going to wear it, but models are different. They always manage to make even rags look like a masterpiece. Guess their jobscope is to make the clothes pretty and eventually sell them. 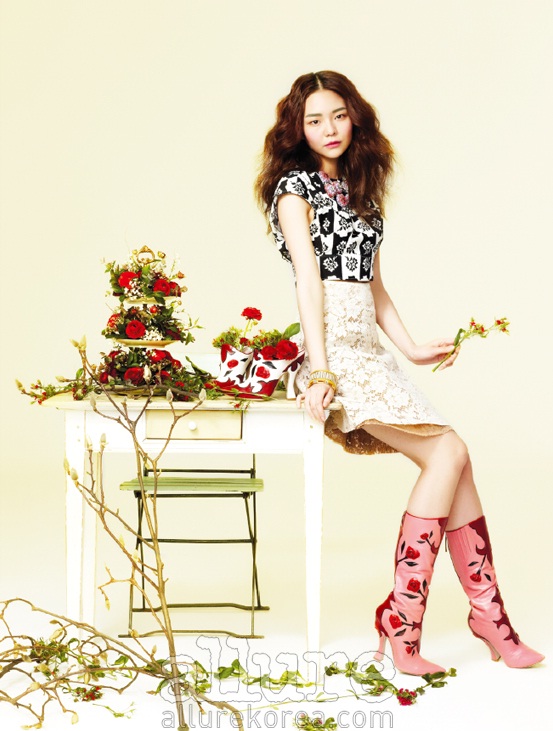 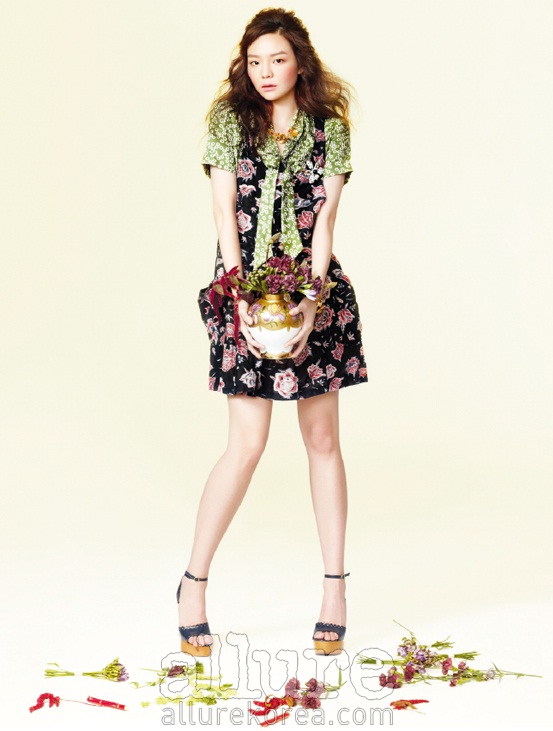 Flowers are everywhere..oh, spring is coming after summer, right?