He’s so serious. I know, I know, this isn’t Sungkyunkwan Scandal anymore, but there’s a very tiny part of me that still want to believe that he’s Gu Yong-Ha of Joseon. Except that he’s not him anymore, but King Sejong. A king means he’s so serious. All the time, perhaps. And when he’s going to show the different side of him: bubbly and cute? Only behind the scene. 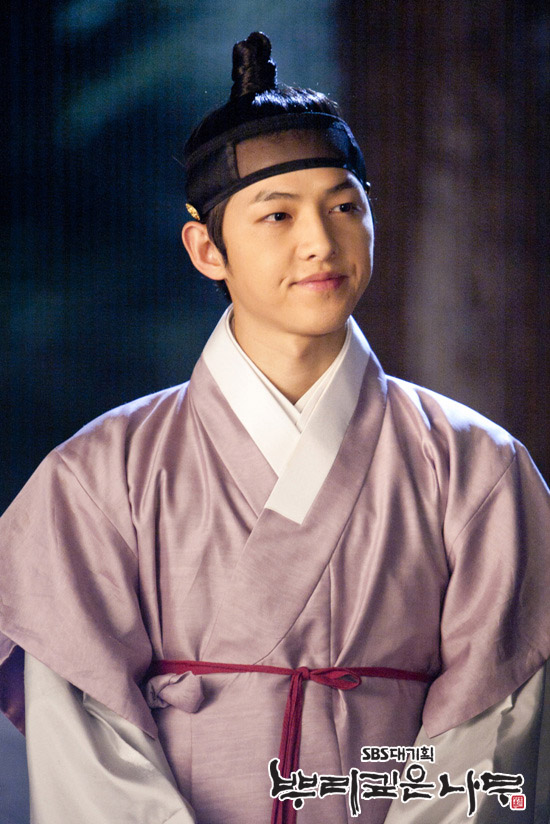 Gradually, the expressions change bit by bit. Going deep into his character, maybe.. 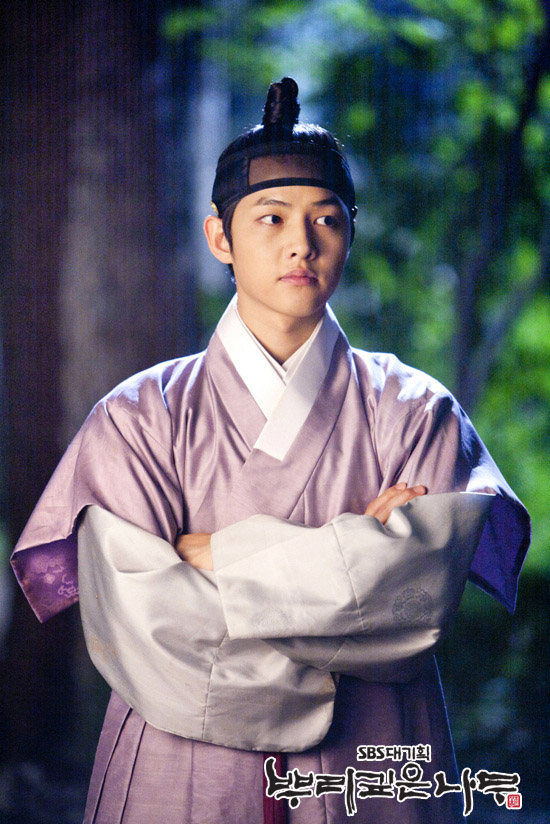 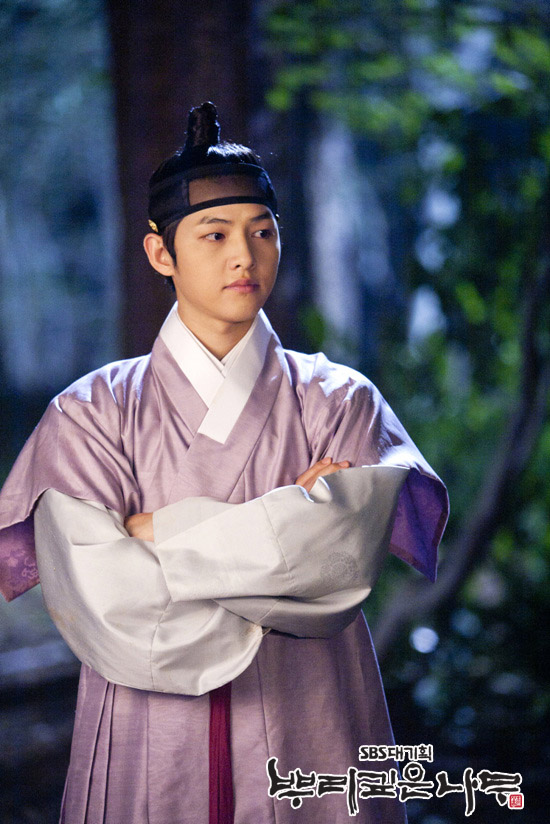 Onto the full “king” mode.. 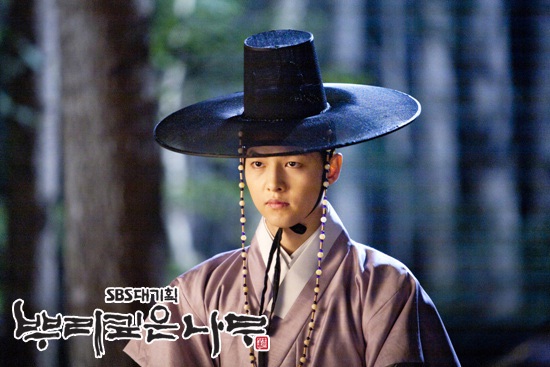 I haven’t watched the first episode, but from these trailers (with the latter having better quality but shorter by 2 mins), it gives out a standard vibe of a sageuk: the colourful hanboks, the music, and the cinematography; with underlying suspense, fitting its story of murder mystery. If I can get hold of this faster than The Princess’ Man, then this is the first sageuk I’ve watched since Sungkyunkwan Scandal. Phew. I do have a lot of catching ups to do after this.

A fun fact that I accidentally discovered – In Many a Little Romance second trailer, it can be seen that King Sejong’s portrait on the 10000-won note is shown when Joong-Ki is trying to make his voice similar to an ahjusshi’s.

See the green head there?

It’s funny and a pure coincidence^^ Or did the movie team planned this after they knew about his drama?

Just another rambling: I love Se-Kyung’s simple dress here that she wore during the press conference. Well, anything will look good on a person with such a pretty face and decent figure like her. I’m eager to watch her in hanbok too!