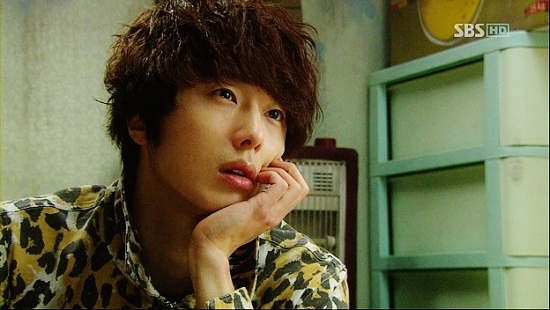 While waiting for my connection to be okay for me to download Episode 6 of  ’49 Days’ (which is still not that good right now=.=’), I re-watched all the episodes that I’ve downloaded before this, and thanks to people of various sites, forums and my eyes that have been scrutinizing every little details in the drama, I’ve got myself a handful list of things. Things that shouldn’t be taken lightly,because from the way it came on screen (and how the camera kept focusing on them), it might lead to something later.

We got to see that the cup that Yi-Kyung is using has pink rose pattern on it. Although she seemed to be pretty lifeless, she might be once a cheerful girl like Ji-Hyun (judging from her outfits and her belongings in her treasure box), because in her house, she still keeps a pot of dry plant and a box of dried flowers. She also brought along a dried pink rose to the accident spot where her lover was involved with a fatal accident.  Ji-Hyun, on the other hand, loves pink very much(to the extend that almost everything has some pink color on it) and that’s why(I think) she loves pink roses. She wore a pink rose hair clip on her engagement day. Min-Ho proposed her with a bouquet of pink roses. Han Gang also brought her a pink rose when he went to visit Ji-Hyun at the hospital, which Ji-Hyun saw after that.

The Spaghetti, The Leaves, and The Chopsticks

These are the things that got me questioning, particularly the chopsticks. I mean, why Ji-Hyun eats spaghetti using chopsticks? Ermm…maybe having a friend that runs a restaurant has some advantages for you. Moreover, when the restaurant belongs to Han Gang, he wouldn’t mind at all about it, if you’re Ji-Hyun.

Heh, I don’t know what this is called. Playing with fingers/nails? It’s something that she does when she’s nervous or anxious.

She does this when she’s unsure,nervous,scared, or anxious(from my observation). I think this is the main reason why Han Gang hired her. It’s funny how he notices all the tiny details about Ji-Hyun, while others don’t. Look what love has done to you~

Blow it When You’re in Danger

Here it comes: the magic whistle! 🙂 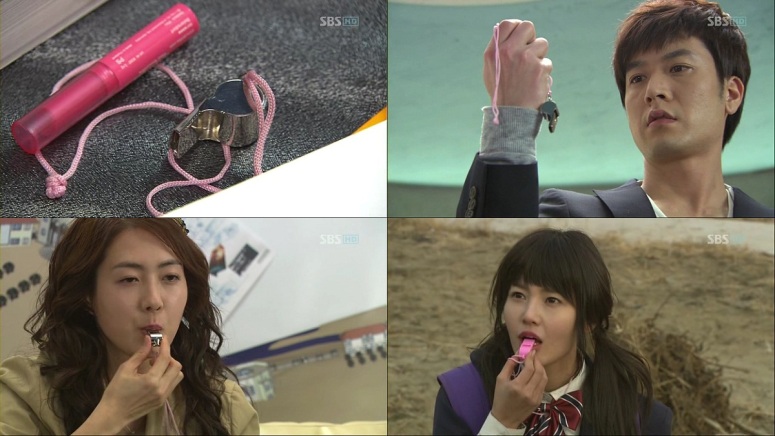 According to Ji-Hyun, her dad said that if something dangerous happens, blow the whistle so that if someone hears you, then you’ll be safe. Ermm..not in all cases, I think. But then, Yi-Kyung (coincidentally? Don’t think so~) has one in her treasure box, so Ji-Kyung put it in her bag, which (once again) Han Gang discovers about it.

The camera kept zooming to them, so I think there’s something behind them, after all.

Han Gang was holding a bracelet when he recalled about his first meeting with Ji-Hyun after he knew about the accident. A present to Ji-Hyun but he didn’t give it? Could be true. But the bracelet in the Mama Kangaroo’s pocket was from Min-Ho, I think so. In what In-Jung recalled about Mama Kangaroo, Ji-Hyun got it along with a bracelet from Min-Ho. Talking about coincidence..Hmm..

Mama Kangaroo, another significant thing in this drama…

A gift from Min-Ho to Ji-Hyun, she then regards the plush toy as her treasure box to keep her belongings, including her seal (a stamp that is as powerful as one’s signature). Later, the seal (and Mama Kangaroo too) become the things that In-Jung and Ji-Hyun look for and sent them into a Kangaroo-and-Seal hunt. Luckily, Ji-Hyun got hold of them first. This brought her to the discovery of Han Gang’s (unbelievable) hobby while searching for place to hide her seal. This seal surely will resurface as she hid it in Han Gang’s room.

*Just a trivia, the song that Han Gang was singing wholeheartedly (and dancing and tapping his feet vigorously) in the shower is called Sunset Glow covered by Big Bang. This song was also sung by Hyun Bin (also wholeheartedly) in ‘Worlds Within’. He was singing the same part of the song in Episode 11.

Both of them are quite skillful in singing 😉

The biggest mystery of all time: what’s the relationship between Mr Scheduler and Yi-Kyung?

They must have something going on before this, because they’d be moving in slow motion when they passed by each other. As Mr Scheduler didn’t have any memories of his past life, this is still a mystery. But..

..he himself admitted that he felt something when he entered Yi-Kyung’s house and he found it rather uncomfortable to be there. Wow..this is getting pretty interesting~ 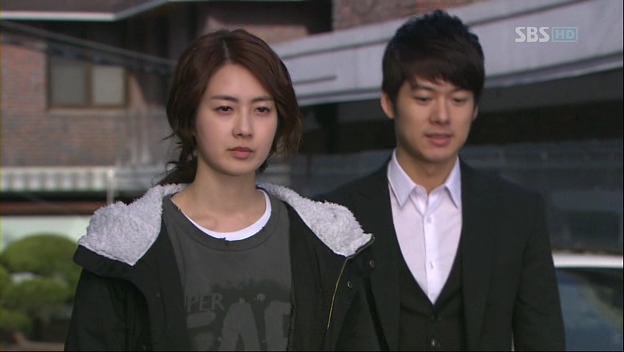 Mr Stalker that appears since ep 1..He looks too nice to be a stalker, and turns out he isn’t one, really. He’s her savior (if not, she’d be dead for sure) and he’s a doctor (psychiatrist?) that Yi-Kyung frequently saw. He knew about her life and the accident, which she regarded as ‘that time’. He talked like he had his own share in taking her lover’s life. He’s still a mystery..

Hmmm..that’s the things that kept me wondering for weeks, and kept me hooked to the show. Still, I have some things that might seem trivial, but might have deeper meanings:

1-Mr Scheduler’s guitar: Since he likes to play guitar so much, this might be of the key for him to remember his past life. 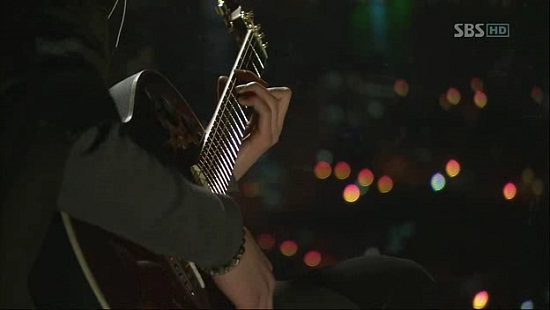 2- Names of the Places: Such as Han Gang’s ‘Heaven’ and Yi-Kyung’s ‘All Day Mart’. There must be some puns behind the names.

4-Ji-Hyun’s shattered photo frame (Min-Ho did this): Some sort of bad omen sign? 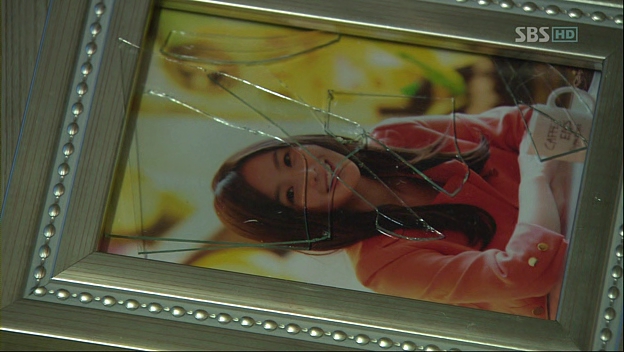 5-Ji-Kyung’s beads from her shoes that was picked up by Min-Ho: This might lead him to know about her presence at the hotel. (O.o)

6-Yi-Kyung’s money pot: Even the house owner ahjumma knows where she puts her money. LOL

7-Han Gang’s Piano: He looked so disturbed when the manager ahjusshi mentioned about tuning the piano. Even Ji-Kyung looked at her weirdly.

8-(I even find this amusing :D) Mr Scheduler’s Display Image on Ji-Hyun’s Phone: I think he has some sort of authority on her phone because his DP kept changing according to his favorite outfit. Or is it automatically updated?

Is there anything that gets left out, or there’s something that I didn’t realize? Feel free to add to my list if there’s any 🙂