Titles and ranks are big issues, be it in the modern or ancient setting. The ranks for the royal members of Joseon Dynasty often make me confused, so I figured out that I have to put them in one place for easy reference. This is just a short list of the ranks and titles for the immediate family members of the King, and there might be more (read: complicated) terms for the extended family and relatives of the royal house. This is what I have found so far, and hopefully you will find it useful 😉

Everyone in the succession line and their consorts have no rank (무품). This includes the following: King, Queen, Crown Prince, Crown Princess Consort, Grand Heir, and Grand Heir Consort. Although they had no rank, they still had to show respect to their elders since seniority played an important role in filial piety.

As stated earlier, Queen/ wangbi (왕비, 王妃) had no rank. The queen was the highest ranked lady in the inner court. After the king passed away, she would become Royal Queen Dowager/ Wangdaebi (왕대비, 王大妃) and then Grand Royal Queen Dowager/ Daewangdaebi (대왕대비, 大王大妃). The current queen would be the leader of the inner court, although some matters would be referred to the most senior members available at the moment if the situation called for it. The royal concubines/ hugung (후궁, 後宮) had their titles bestowed together with ranks.

The concubines were either selected through a rigorous selection (gantaek hugung) or favoured by the King himself (seungeun hugung). The former came from the noble families and had better chance at advancing through the ranks faster compared to the latter, who were once palace maids (gungnyeo). Gantaek hugung would be bestowed with the rank as high as sukui at first, while seungeun hugung would normally be made a seungeun sanggung and raised to an official rank only after bearing a royal child. 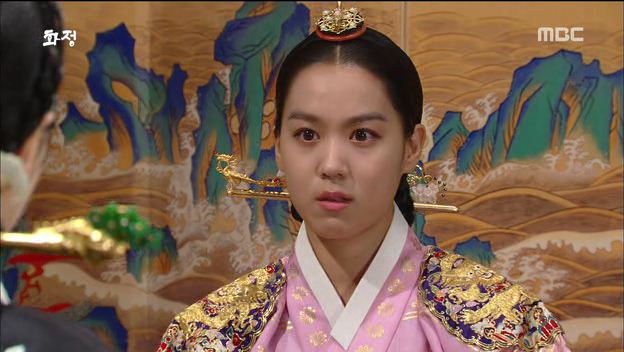 The status between legitimate and illegitimate issues of the king was different during Joseon Dynasty, with the illegitimate princes and princesses having lower rank compared to the legitimate ones. Crown Prince/ Wangseja (왕세자, 王世子) was the title bestowed to the King’s son who would become the official heir. Often, a Crown Prince would be the firstborn son of the Queen or Prince Royal/ Wonja (원자, 元子), but in the case where the King only had issues from his concubines, the heir would be chosen among the sons, most of the time picking the eldest. Same goes for the Crown Prince’s eldest son: he would be known as Grand Royal/ Wonson (원손, 元孫) before formally invested as Grand Heir/ Wangseson (왕세손, 王世孫). As for the other issues of the king, they would be addressed as Wangja (왕자, 王子), meaning son of the king, or Wangnyeo (왕녀, 王女), meaning daughter of the king before being conferred the titles according to their status when they were older. 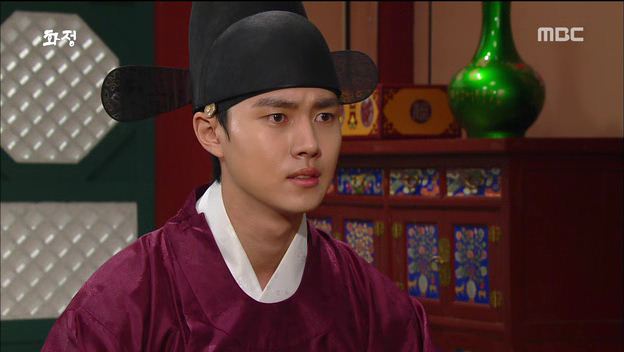 Since the dynasty was influenced by Neo-Confucianism which put emphasis on patriarchy, the royalty status would only be inherited by the sons of the princes. As for the princesses, their children would follow her husband’s family status and they would not be considered as royalties. As for the inherited titles marked by (*) in the table above, it would only come into effect after the father’s passing. The immediate sons and daughters of the King had no rank.

The Consorts of the Royal Children 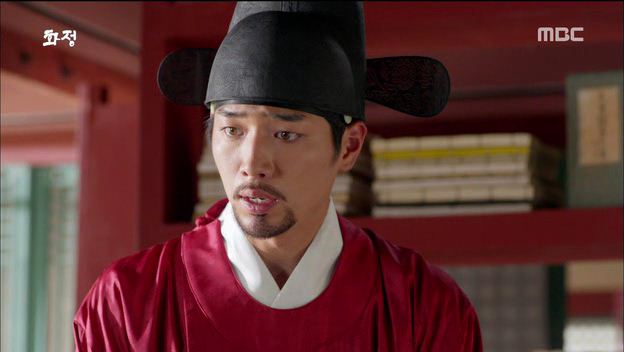 The royal sons in-law were the consorts of the princesses, and they were managed by an office known as Office of Princesses’ Consort or Uibinbu (의빈부). A royal son-in-law would be commonly addressed as buma (부마). The titles were changed according to National Code of Joseon (Gyeongguk Daejeon) later, but the usage of the name for Uibinbu remained.

In the early years of Joseon Dynasty, these titles were also given to meritorious subjects and officials who had held government posts for a long time. King Taejo replaced the terms used during Goryeo Dynasty, as follows: