I think I go crazy at the mention of everything The Crowned Clown these days. If I do write recaps for the show, I might fill it with lots of my reactions (OHHHHH AHHHHH NOOOO MY HEART CANNOT FUNCTION RIGHT NOW URGH, something along those lines) instead of actually describing the happenings. I cannot express how grateful I am to have it turn out really decent and watchable, plus the time is on my side for me to watch it. The stars have aligned for me to watch this! Here’s the latest interview of our young king and resident clown, Yeo Jin-goo for February’s GQ. 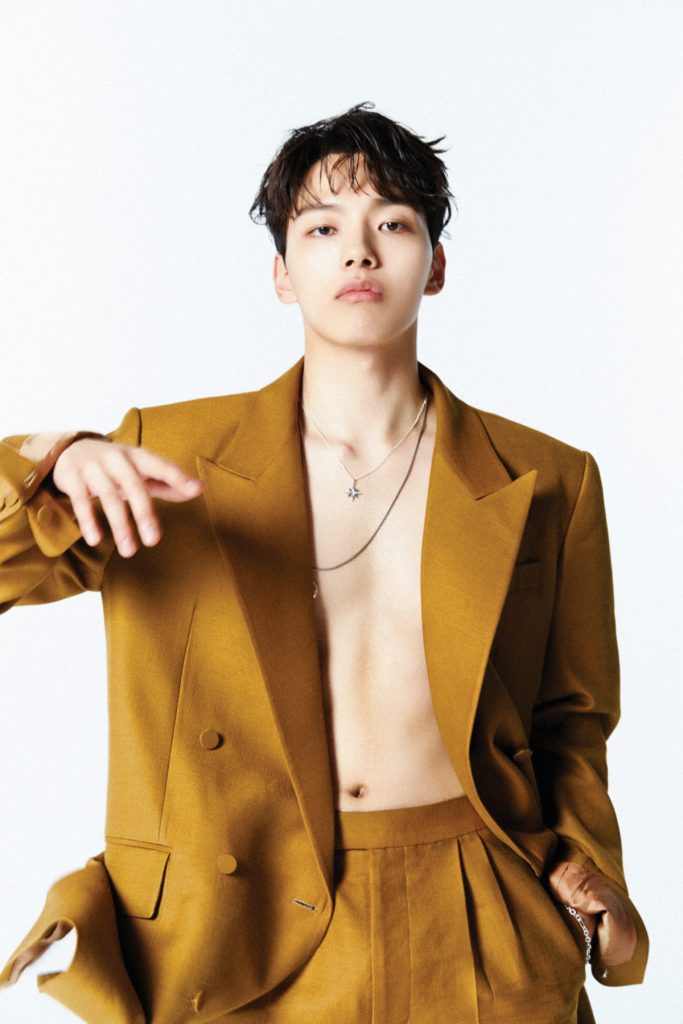 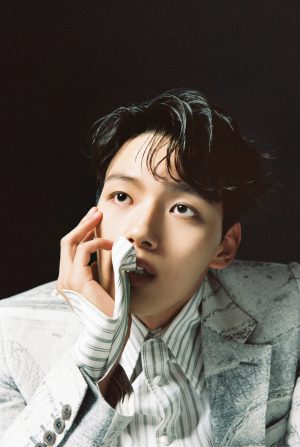 It is said that Yeo Jin-goo has become mature these days, especially through his really deep voice.

You’re turning 23 this year. Are you aware of the early maturity aura you have, compared to your age?

I do hear that now and then. I’m not really sure about that, since I feel like a normal man in his early 20s when I am with my friends. But then, I think I’m becoming more like an adult these days, little by little. When I talk with my friends about our social life, I thought to myself, “We’re not that young anymore.”

You did start your social life earlier than others your age since you debuted as a child actor.

I was more like a flower in a green house at that time. I only received lots of kindness from other people. Everyone was patting me on the back, saying “Aigoo our Jin-goo!” and they even overlooked my mistakes. However, as I’m becoming an adult now, my mind attitude has also become different (from back then). Maybe because of the feeling of responsibility? Perhaps, this is what they call being matured. 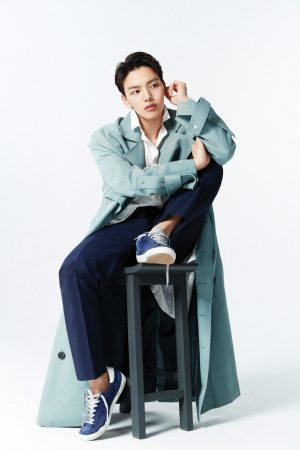 Maturity. What is it exactly?

I’m not really sure about that. Maybe I should find out more to get to know maturity properly…but it might be achieved when someone attains the feeling of responsibility as he lives. Like facing everything heads on without turning away from it? I can’t help but to be impressed when I look at the seniors.

You had received a lot of questions with regard to the pressure of living up to the expectations for your chungmuro (film) journey with your young age, or the feeling of overcoming your younger self as a grown up actor. You would always said that you didn’t really pay much heed on such things. But then, is that the truth? Is it possible to do so?

Honestly speaking, it’s impossible to completely abandon such thoughts. Instead, I don’t let myself be deeply concerned with it. I’m someone who won’t be able to do anything should I get too immersed in that kind of thought. There are other people like the numerous staff on the set who are working harder compared to me. I’m just a person who has to stand in front of the camera, yet I receive lots of support for that reason alone. Hence, I shouldn’t feel small and intimidated, since I have to trust people around me. 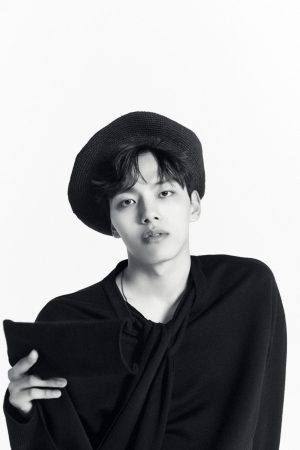 The Crowned Clown will start airing soon. You’re still in the middle of shooting, right? Are there any difficulties you face on the set?

Yes, I’m shooting diligently at the moment! It’s not really a difficulty per se, but the weather these days is really cold. My lips get frozen when we are filming outside and it messes up my pronunciation, especially those words like abamama, eomamama.

It’s another sageuk (historical drama) this time. It suits you really well, since you have a very deep voice.

I feel grateful that my voice is receiving lots of love. But still, I do feel that it can be a double-edged sword at times. I fear for the day I might get restricted because of my voice.

Do you mean that your voice is shaping up to restrict your characters one day?

At the moment, it is a huge weapon for me, but it can also be regarded as a task (or problem?). I don’t want to remembered as an actor simply for my nice voice alone. Just like Heath Ledger, whose performance of Joker in The Dark Knight involved him changing his voice tones, I hope that my voice can be unrestricted and enable me to express different colours through it. I am going to attend classes and receive proper training for that reason. 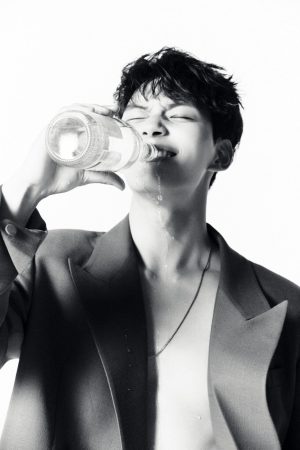 What do you do during your off days?

I usually stay home, watching dramas and movies. I also go out doing grocery shopping and cooking my own meals. I really love cooking and eating.

Don’t you go out to date someone? Perhaps, are you still unable to experience it? You used to talk about wanting to be in a relationship everywhere back then.

Um, it’s hard to believe but we’ll consider ourselves tricked and just believe your words. But then, don’t you feel lonely?

Of course, there are times I feel lonely. However, there are moments you feel lonely even when you have someone by your side. That is such a sad and sorrowful thing to have but alas, that’s not the case for me. I’m not sure if it is because of acting, but there are times I understand the feelings of my characters and roles. Those are the moments I feel lonely and thought to myself, “Ah, I’m feeling lonely right now.” But then, there’s no much difference. It’s a bit weird, isn’t it? 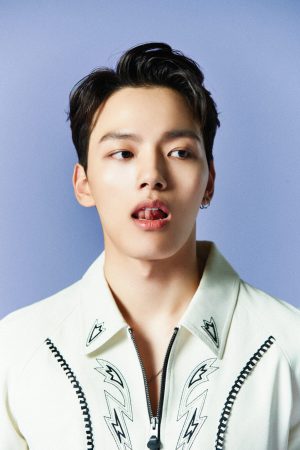 Isn’t it because you’re being too immersed, deep in your acting?

What should an actor do when he gets weary from acting? Maybe going for a vacation? I want to go somewhere by myself, walking here and there.

There’s no way someone could simply make traveling as a proper job.

I have never thought about it seriously so I don’t really know. Right now, acting is very enjoyable for me. Still, maybe later as a travel guide, or writing poems as I travel and then publishing a book…

Yes. You love poems, right? We thought it as a surprise coming from you.

You think it doesn’t fit me really well? I really love poetry. It’s not that I have read a lot of them, but there were times when I wanted to write wonderful poems but it didn’t come out right. HAHAHA. Perhaps I really should give up the dream of becoming a traveling poet. 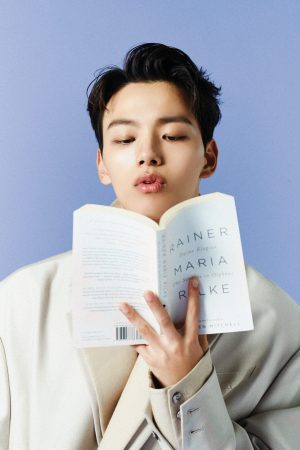 Where do you interest lies apart from acting?

I am studying the SNS (social media). I used to feel burdened to share my daily life (through SNS), but I think I can do it now since I think I already feel comfortable doing so. I have to go along with the flowing time.

People usually say that they are ‘doing’ SNS instead of ‘studying’ it. Are you implying that you are focusing on tackling it strategically?

It’s not really like that, but I think you need to know a thing or two if you want to do well in SNS, like how to expand your followers and fostering social media acquisition with your seniors and friends by liking and leaving comments on their posts…

What’s your plan for this year?

I had a bit of rest last year so I need to work diligently this year. Hence, I’m learning English in my spare time and also reading books. I also want to learn how to play piano again.

Don’t you have anything you want to get for yourself?

I don’t really have any desire for things like nice cars and expensive designer watches. I don’t know about that yet, but if I really have to pick something, it might be a piano. A wonderful grand piano.