Gosh, I miss blogging terribly. My fingers are itching to hit the keyboard like bullets, hence here I am, accepting a challenge; just like how it all started SEVEN years ago (has it been that long?!), I am starting all over again through a 30-Day Challenge. This will surely bring back fond memories of those beautiful days, plus I’ll have something to write about instead of hitting my office keyboard out of boredom. I’ll be posting the excerpts on Twitter, while the long thoughts will be updated in this post. Dig in! 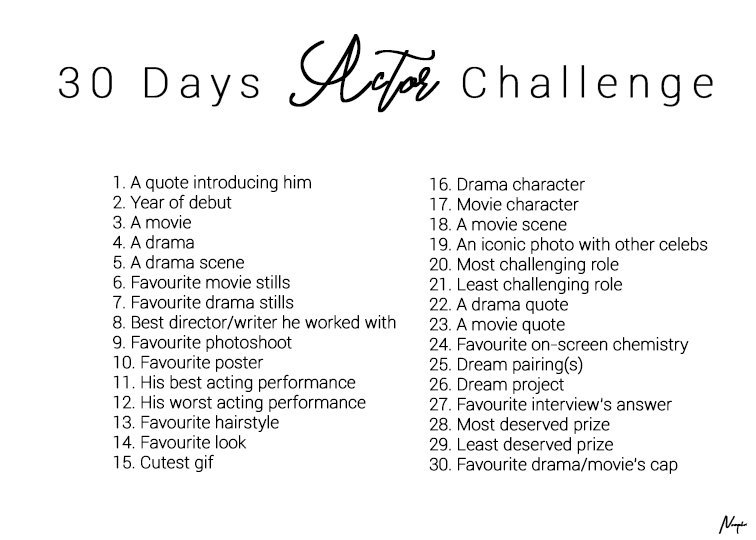 So…this is the 30 Days Actor Challenge, something I found circulating around on Twitter. I’m sure some of you might have an inkling on who I am thinking of when I decided to take up the challenge, and I want to grab this opportunity to share my personal thoughts on this actor, whom I noticed back in 2013…and there was no turning back for me.

Day 1: A quote introducing him

“Be a king, and perform meritorious deeds.”

(something along that line)

The quote is actually from one of his earliest interviews with Tenasia, in which he shared about the Hanja (or Chinese) characters of his name: je (帝), meaning king, and hoon (勳), meaning meritorious deeds. Pretty cool for a name, huh? I can see how the name influences him and his way of living his life: from his thoughts to his action, lots of them (or maybe all of them?) seems to come from long thoughts. He mentioned that he is a deep thinker. Maybe he was once a king in his past life? Heeeee~

My Paparoti (2013). This was the first movie in which I saw him, and I fell hard for him. Yeah, I have never looked back since. I spent the following year waiting for him to come back to his civilian life, looking forward to his comeback projects. Glad I survived the wait, and my love only grew stronger. Kekekekeke

Signal (2016). I can’t talk about the drama without feeling a stab on my chest. Gaaaahhhh how come it was airing in 2016 but it felt like eons ago?! I still miss everything about it dearly.

….can I continue when I feel better? BRB rewatching it…

One thought on “Challenge: Accepted”