I’d give my respect to anyone who can maintain a straight face while watching this drama. It’s pure crack and it’s hard to control myself from laughing out loud. Sometimes 30 minutes feels so short for a slot, but it’s okay since I get my usual two episodes per week.

Plus, I need more of Kang-hwi’s cuteness and his squishy face. Can I keep him in my pocket, even just for one day?

Here’s the summary for Episode 3! 🙂 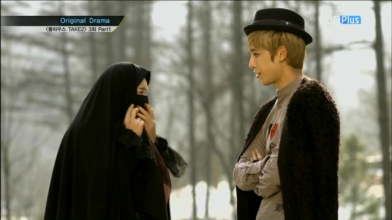 Man-ok got introduced as a foreign stylist to Tae-ik. Tae-ik got angry when there’s a problem with his jacket but thanks to Man-ok, he wore it inside out and didn’t have any problem during the show, plus shedding his fashion terrorist label. Kang-hwi made Tae-ik sign the memorandum to accept Man-ok as his stylist, but she had to maintain the disguise until the contract was certified. Kang-hwi showed Man-ok a sauna room in the house and she enjoyed her time alone; however she ended up in a trouble when Tae-ik showed up there. She eventually blew her cover, but not before pulling off Tae-ik’s towel. The penalty fees kept Tae-ik from breaching the contract, but he started to give hells to Man-ok. Meanwhile, a fan meeting was scheduled for TAKE ONE and Man-ok’s friend ‘wifey’ was close to buying tickets to the fan meeting when the electricity was suddenly cut off. She and another fan ‘Paris girl’ met a reporter and asked for pass cards to get into the event. Man-ok went to several shops and tried asking for sponsorship for Tae-ik and got turned down because he never really wore anything sponsored for him before. She finally scored one thanks to Kang-hwi, but their friendliness made Tae-ik suspicious.

Kang-hwi immediately ran away when he’s asked about his actual relationship with Man-ok. Tae-ik was as usual, not lending a hand to Man-ok and only gave her extra headache. She made preparations for the fan meeting but still being careful not to let her grandpa found out the truth. She tried her best to accommodate Tae-ik but there’s also limit to her patience. Man-ok forgot to hand to Tae-ik a watch sponsored by a shop and went to meet him. She eventually helped him to apply face mask and waited for him while ogling over his perfect features. ‘Wifey’ and ‘French girl’ got kicked out from the fan meeting for disguising as fake reporter. Tae-ik wanted to bring back the rice wreaths donated by their fans for their own use, but Kang-hwi thought it wasn’t a good idea. They almost fought again but being stopped by Go-dong the manager. During the fan meeting, Kang-hwi got a sparkling microphone as a present, much to Tae-ik’s envy. Kang-hwi was so happy, but his happiness didn’t last that long when his sight became blurry. It’s a bad day for Tae-ik when he got a cat pajamas. He wore it for the fan but kept sneezing and developed rashes on his hands because of his allergy. Kang-hwi made Tae-ik wear the pajamas until the end of the event and Tae-ik got his chance to get his revenge by suggesting both of them to donate all the presents. Man-ok treated Tae-ik’s rashes as Kang-hwi rambles about his beloved microphone. Man-ok lost the sponsored watch when it was took away with the pajamas. She cried and Kang-hwi consoled her when Tae-ik went in, witnessing them in each other’s arms.

If before this I only pitied Tae-ik, now I really have to start worrying over Kang-hwi too. *sigh*

Poor Tae-ik. He deserves to live in bliss with his parents’ inheritance, but he’s living with cosmetic samples and recycled clothes all these years while working hard to be the President’s piggy bank. Can’t he just let someone know about his real situation?

And show…don’t you dare to make Kang-hwi sick or contract any disease. If you really have to do that, make him recover from it!

Man-ok is totally the best! She is very patient to be able to work with Tae-ik, but I like it when she’s slowly changing Tae-ik, although he only softens a bit from his usual cold character. He can always win when he argues with Kang-hwi, but I think he will loseto Man-ok most of the time. She somehow becomes their surrogate mother and she’s lucky to live with them. Or maybe not, especially when they fight. Well, mums will know what to do with her children, right?

I just want to share these stills of the cutie pies Tae-ik and Kang-hwi from http://blog.naver.com/infraxy/30150377627

It was shared by van @soompi. Aren’t they just adorable? 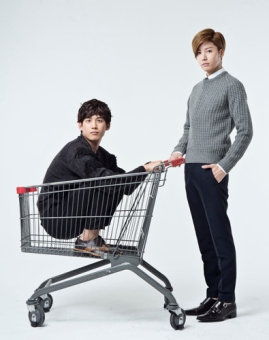 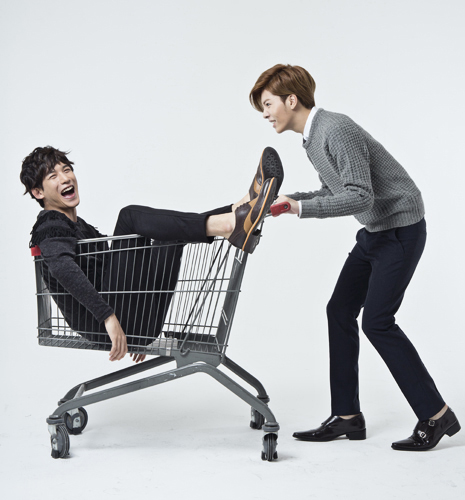 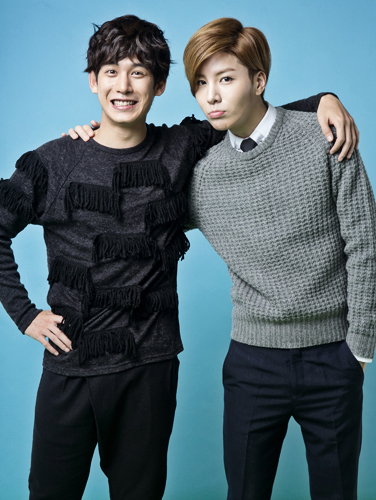 Totally loving these pictures! I assume these were taken right after Park Ki-Woong finished filming Bridal Mask because his hair was still black. He’s switching his hair color from blonde to black before changing it to ginger for his new movie. Even his hair is getting busy too. Haha! Plus, I like No Min-Woo’s hair color here! 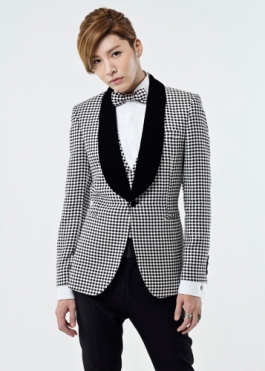 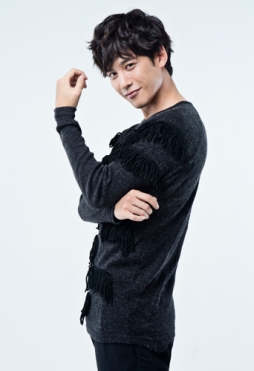