..by watching dramas. I know, looks like it’s not a great activity for some people but finally I get my chance to watch the dramas that I didn’t have time to watch before this, or those that I dropped due to lack of interest. For the time being, I’m being grateful to myself (such a narcissist) because I’ve never deleted any series that I haven’t watched till the end and I got to view life from a very different point.

It’s just a mere click: I’m bored and just browsing my folders of Kdramas. The Man Who Can’t Get Married folder has sat there for almost six or seven months without being touched. And last night, it just happened. I played the first episode and I’m hooked.

Meet Jo Jae-Hee (Ji Jin-Hee), a 40-year old man who is living happily in his apartment, alone. Outside, he looks like a normal, ideal husband material: rich, handsome, and talented architect but actually, he is someone who lives in sickening perfection and enjoys doing everything alone. He hasn’t dated anyone as he has this philosophy: marriage is just another headache that comes with a set of problems – family matters, wife, kids, and money. To top all of that, he likes to do everything according to his own way and this often becomes the source of conflict with others.

The two persons who are the closest to him: his co-workers, Yoon Ki-Ran (Yang Jung-Ah) and Park Hyun-Kyu (Yoo Ah-In). Manager Yoon has been working with Jae-Hee for the past 8 years while Hyun-Kyu is clearly the new one, although not that new. The threesome together run architectural firm (which I assume belongs to Jae-Hee) and it’s Manager Moon who is always running around to clear the mess he made. Hyun-Kyu, on the other hand, often becomes the personal assistant to Jae-Hee, to the extent of running errands for him. It’s a gift from Heaven that these two are willing to put up with Jae-Hee’s antics and stay with him through thick and thin.

Another addition to the small universe around Jae-Hee is Jung Yoo-Jin (Kim So-Eun), a new neighbor to him. She’s currently a non-permanent worker at a food company and stays at the apartment that belongs to her uncle, who goes abroad for six months due to business matters. She has to put up with Jae-Hee’s loud music and movies, together with her pet Chihuahua, Sanggu (which is so cute all the time). She’s apparently a warm and friendly girl, but her neighbor just giver her a cold shoulder. 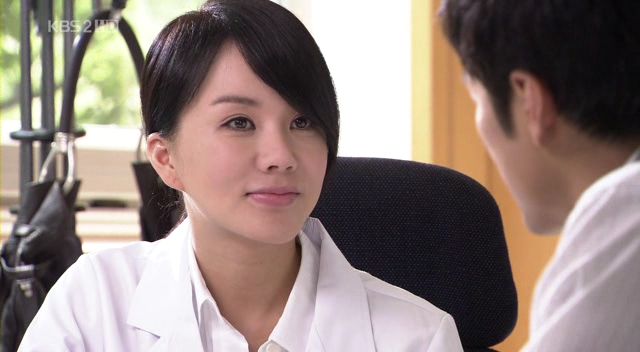 The doctor in the house, Jang Moon-Jung (Uhm Jung-Hwa). She’s a doctor at SD Hospital and currently single. As she’s the one with the most free time, she is often called in for emergency cases or to substitute for her colleagues. Almost everyday, Moon-Jung is bugged by her dad (he’s a dentist) to marry and he never stop sending her to blind dates and interviews for matchmaking. Jae-Hee meets her after he collapses due to his hemorrhoid. She’s a positive woman and despite her single status, lives her life wholeheartedly.

What makes me love this story:

I’m not sure whether it’s because I fall into this single category or not, but I found it interesting to have a peek into Jae-Hee and Moon-Jung’s lives as singles, although I’m not that old yet. They have such a simple life: go to work, work until night, dinner alone at a restaurant, rent some comics/videos, go to internet café, and chilling by themselves at their houses before sleeping. And the routine goes on and on every single day.  However, there’s a subtle difference on how Jae-Hee and Moon-Jung carries out their respective lives alone, although they look basically the same. 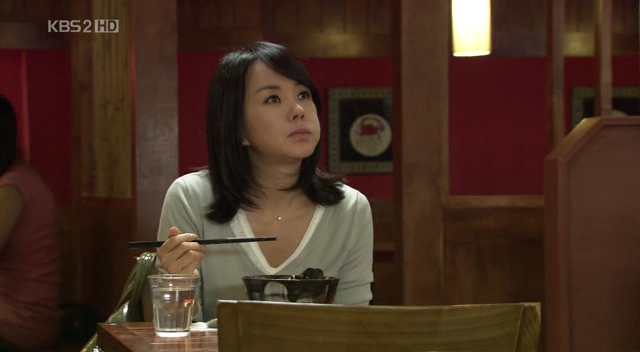 While being alone and single is Jae-Hee’s own preference and choice, Moon-Jung stays alone merely out of choice. She still has the desire to fall in love and get married, it’s just she hasn’t found the right man yet. Plus, she’s still nursing her heartbreak after her fiance cheated on her and prefers to work rather than finding a man, given her age. Nevertheless, both of them lives happily despite their single status, but I’m quite surprised with myself. Although Jae-Hee choose to lead his life like this, he sometimes looks like a child trapped in his own world of wonder and looks very lonely when he’s alone.

One factor that makes me weak: girls getting together. Moreover, they’re like sisters. Yes, they are so awkward with each other at first, but as time goes by (and after several times of dining together), they grow close to each other and even share stories. This duo has their own strength and weaknesses: Yu-Jin being the youthful one, but Moon-Jung is the one with money. Their difference are what makes them close, but there are one thing that they are always in tune with each other: commenting about Jae-Hee’s weird life.

In fact, Jae-Hee is the reason behind their first encounter, which probably helped by the Heaven to make them real close. While he’s one of their primary subjects for a chat (opps!) for the time being, but later on, he’s surely going to be the one who come in between these two girls and their friendship is going to be tested. Perhaps, they are not going to take In-Hee & Gae-In’s route of damaged friendship because of one man, I hope so.

That manages to make me laugh every time I replayed this scene. Given his weird way of life, it’s impossible not to laugh. In fact, I laugh almost every time Jae-Hee does something. His sickening perfection sometimes make me pity him so much. It can’t be helped, it’s him who trained himself to be such a perfectionist and he doesn’t give himself a chance to slack on. He even avoid from procrastinating about washing the dishes and puts his all while doing his work. The result? He finally collapses and luckily Hyun-Kyu is around.

Jae-Hee is one lucky man. He has his weird attitude but people are willing to stay beside him, and he should be grateful for that (which he never did because of his..well, attitude). But that is probably one of the reasons that make Manager Yoon and Hyun-Kyu manages to stick with him all the time. Anyhow, it’s still early to predict anything since I’m only on the 6th episode. But I think I’m going to finish this quite fast. Even the mart girl and video rental boy are so funny and weird.

However, no one can beat Jae-Hee’s degree of weirdness. Trust me.

4 thoughts on “Spending A Holiday”